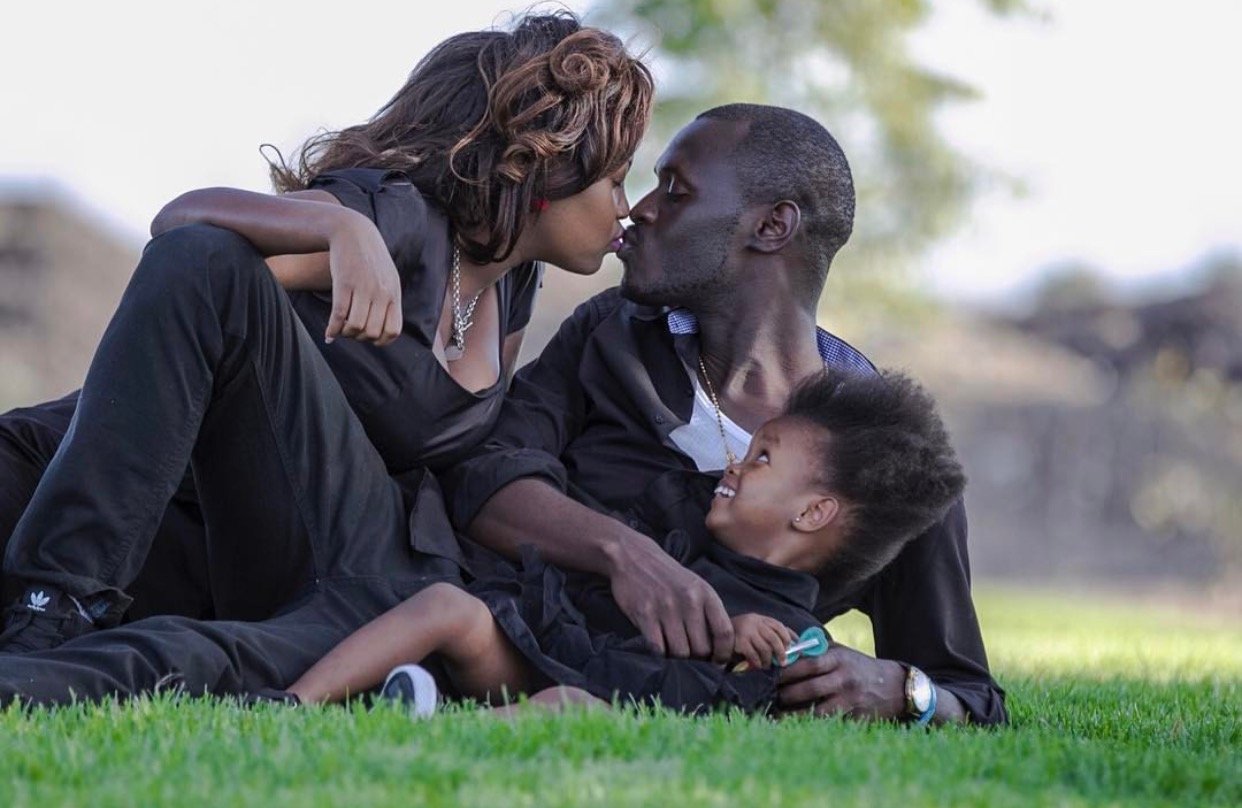 Rapper King Kaka with no doubt is the most romantic artist in Kenya.

When it comes to romance, the father of three has never shied away from showing affection to his young family especially his wife Nana Owiti.

Unlike other artists who have no time for their families, the Kaka empire CEO spends quality time with his family despite his tight schedule.

Here are some of the things he does that proves he’s the most romantic artist in Kenya.

Treating his wife on son’s birthday

Proposing during his album launch

Last year December, King Kaka took his fans by surprise after he proposed to his then baby mama and long-time girlfriend Nana Owiti during the launch of his latest album Eastlando Royalty.

The father of three went down on his knee and narrated to his fans the far the two have come together.

“This girl has been with me, we have suffered together. When my name was Rabbit I did not have a car then and I used board Kitengela Matatus and I would hide my face with a cap. After alighting at Kitengela I would take a motorbike so that I could just spend time with you. Nana, will you be Mrs. Ombima?” said King Kaka.

King Kaka has been celebrating his wife, few months ago he dedicated a born for her.

Think this is the 1st birthday you are spending without me, na inaniuma sana that I am away. Thanks for the moments, thanks for the years , and most importantly thanks for believing in the Dream when I was Rabbit , remember way back when I had a ‘gig’ in Mombasa and it flopped , the owner gave us Kshs 480, a lodging to sleep in and it was so dirty , with dirty bedsheets, we spent the whole night telling stories on how I will one day make it in the music industry buying time as we waited for the 1st morning ferry. Now you are The Queen , and mother to my beautiful kids. You deserve nothing but the best. Mimi na wewe Hadi tukunje mgongo, Happy Birthday @nanaowiti , To Many More. “ niliwacha kuwa inspired na wao, Niko inspired na family kwa hao”

King Kaka once revealed that he’s inspired by his young family.