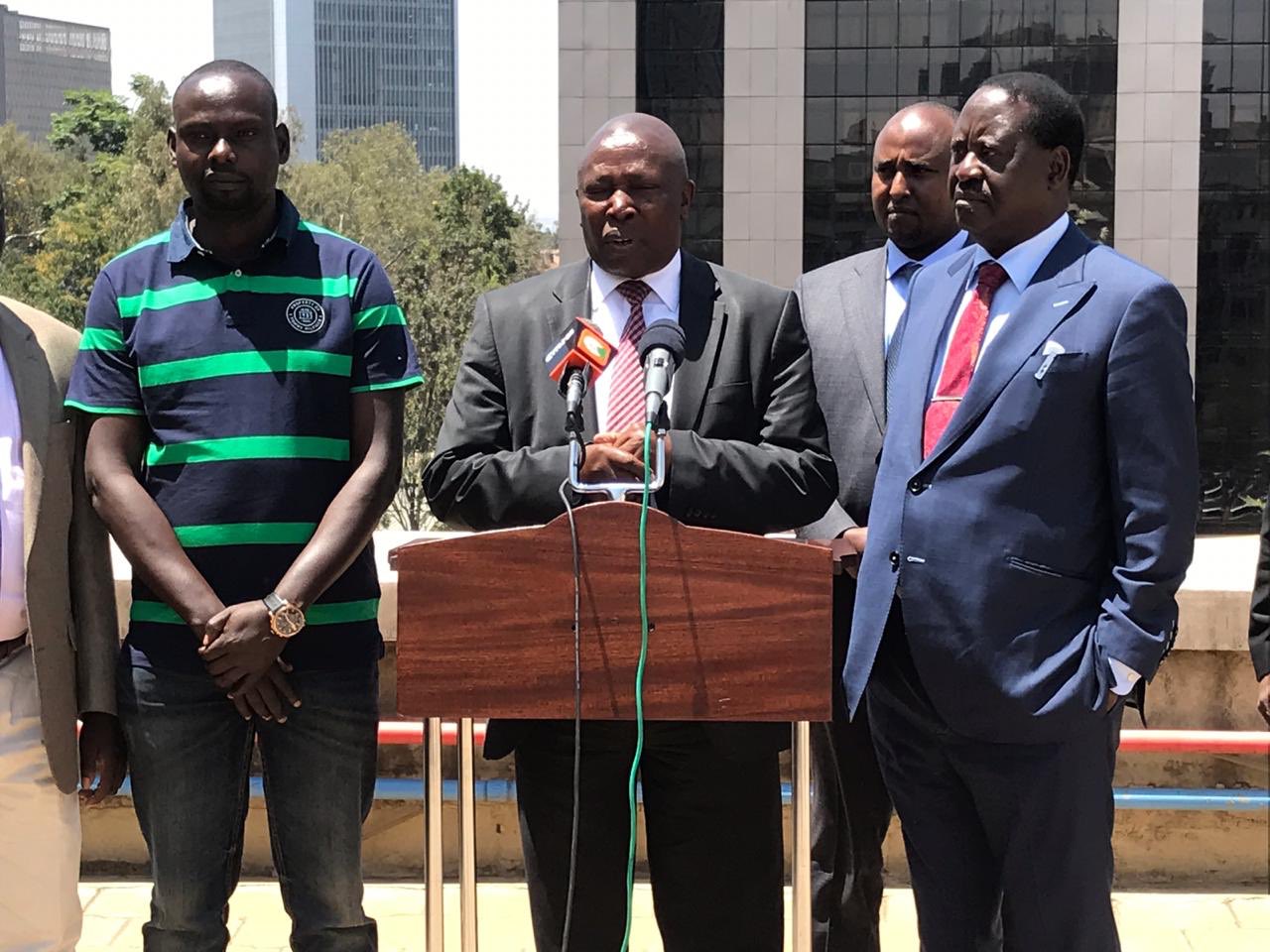 Jubilee Party nominated MP Maina Kamanda has announced that he will campaign for ODM’s Imran Okoth in the Kibra by-elections.

This is despite his party fielding former Harambee Stars midfielder MacDonald Mariga as a candidate in the same poll.

The former Starehe MP made the big announcement on Thursday after meeting ODM Leader Raila Odinga at his Capitol Hill office.

“I am here in my personal capacity…As Jubilee, we have a candidate but as a person, I will be with the ODM candidate,”  he told the media.

Kamanda argued that he will support Imran in the spirit of the handshake between President Uhuru Kenyatta and Raila which has brought harmony in the country.

The veteran politician, who is a member of the Jubilee faction of Kieleweke that is opposed to DP William Ruto, said that some members from his team will join him in supporting Imran.

“There are so many other MPs who want to come and support him(Imran) just for one reason that we have enjoyed peace in this country and we don’t want that peace to be thrown out  by few people who do want to see that we have achieved so much …..that you can move Kibera freely without interference without tribal fighting, ” he said.

“I am here in my personal capacity…The Handshake brought us harmony and peace in the country.. As Jubilee we have a candidate but as a person, I will be with the ODM candidate…I am here to stand with the candidate nominated by ODM Imran Okoth”
~ Maina Kamanda pic.twitter.com/JzjHoxIgKl

Kamanda has been quoted in the past accusing Ruto of forcing Jubilee to field Mariga in Kibra. A section of Kieleweke members also fronted the idea that President Uhuru was against Mariga’s candidature.

But the President put all doubts to bed when he met Mariga on Wednesday and assured him of his support in the race to succeed the Late Ken Okoth.

Through a Facebook post, he said that despite running around the country alleging that the son of Jomo was already done and had become a lame-duck, Tanga Tanga team was fully aware that it wasn’t ready to go into any election without Uhuru’s blessing and support.

According to Ngunjiri, Tanga Tanga team is weak and cannot exist without the president’s support.