Radio Siren Kamene Goro has shocked fans with the revelation that she was kicked out of Parliament building just like Akothee because of wearing a perceivably short skirt.

While hosting her morning radio show with partner in crime Andrew Kibe, the curvaceous beauty revealed that the incident happened back in the day when she was a reporter at Ebru TV. 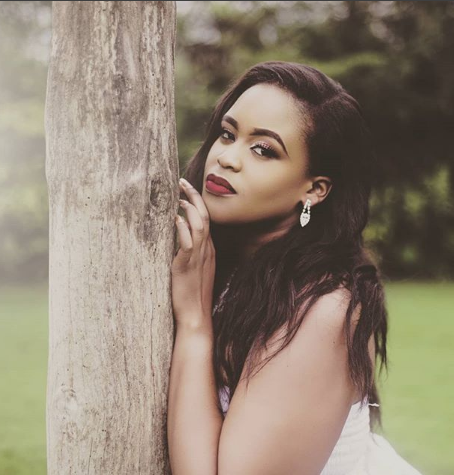 Parliament area was her jurisdiction when she was a reporter and she had visited the premises many times prior to that day.

On that day, she revealed that the security guard who was in charge and had seen her countless times before, halted her at the gate telling her skirt was too short. This shocked Kamene as the skirt she had worn reached her knees.

“Of all the illicit things that going on in bunge, what does that have to do with my short skirt?” she asked.

She finished by demanding, “Can you police those guys in there first before you come after our skirts.”

Incase you missed it live!!

Her confession comes a day after songstress Akothee was forced to wear a leso to cover her legs when addressing the members of Parliament.

Akothee, who was adorned in a green skirt suit that many would consider a professional attire, was being hosted by nominated MP David Ole Sankok when the security barred her from entering bunge’s restaurant. The drama caused a commotion not only in Parliament but online as well.

Akothee: The problem is that My legs are longer than the skirt. 😂😂😂

Truth be told. I had missed Akothee's Drama. She caused havoc for wearing an allegedly 'See me through' mini skirt at parliament building. She was later given a leso to cover. pic.twitter.com/e2UjAJ9UZw