On Wednesday, September 18, Okoth’s mother, Angeline Ajwang, Monica, and Ms Thumbi had returned to court to make formal submissions on whether each of them had accepted or rejected the September 5 DNA test outcome.

Angeline confirmed she had accepted the DNA test results and asked the court to terminate Thumbi’s case seeking to establish the paternity of her son.

Monica, on the other hand, wasn’t satisfied with the test results. She told the court that she had commissioned independent DNA tests on Okoth and Thumbi’s son, and was yet to receive the outcome.

Monica, therefore, asked the court to allow her 20 days to get the results, but the magistrate directed that she be given 15 days to confirm whether the tests commissioned by her would give different results.

The commercial court magistrate, Ms Obura, directed that the matter be mentioned on October 2 after Monica receives her independent DNA test results.

The DNA results presented by Thumbi’s lawyers two weeks ago proved that Ken was indeed the father of her son.

In the results presented by lawyer Danstan Omari representing the child’s mother, the DNA results returned a verdict of 99.99 per cent.

The three DNA tests conducted both locally and abroad showed the same results.

The magistrate’s court had ordered a DNA test be conducted after the child, and her mother were excluded from being part of the process of the lawmaker’s burial.

Some of the late lawmaker’s kin had refused to acknowledge them as part of the family. 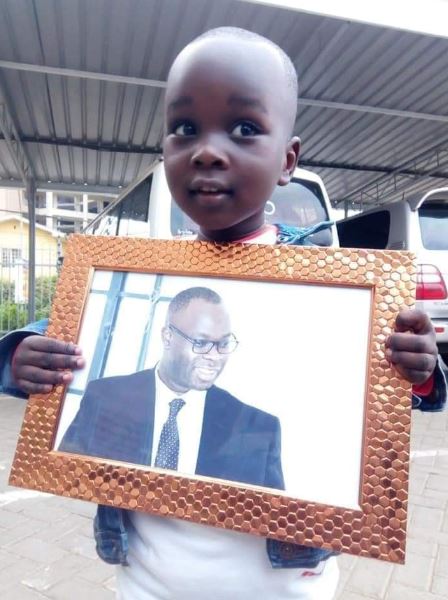 “The late MP Okoth is the biological father of the minor, who was the subject of the dispute. We have presented the local DNA result as a sign of confidence of the Kenyan medical facilities,” lawyer Omari said.

He insisted that they were going to give the same results to the other family members of the late lawmaker, who were doubting the child’s paternity.