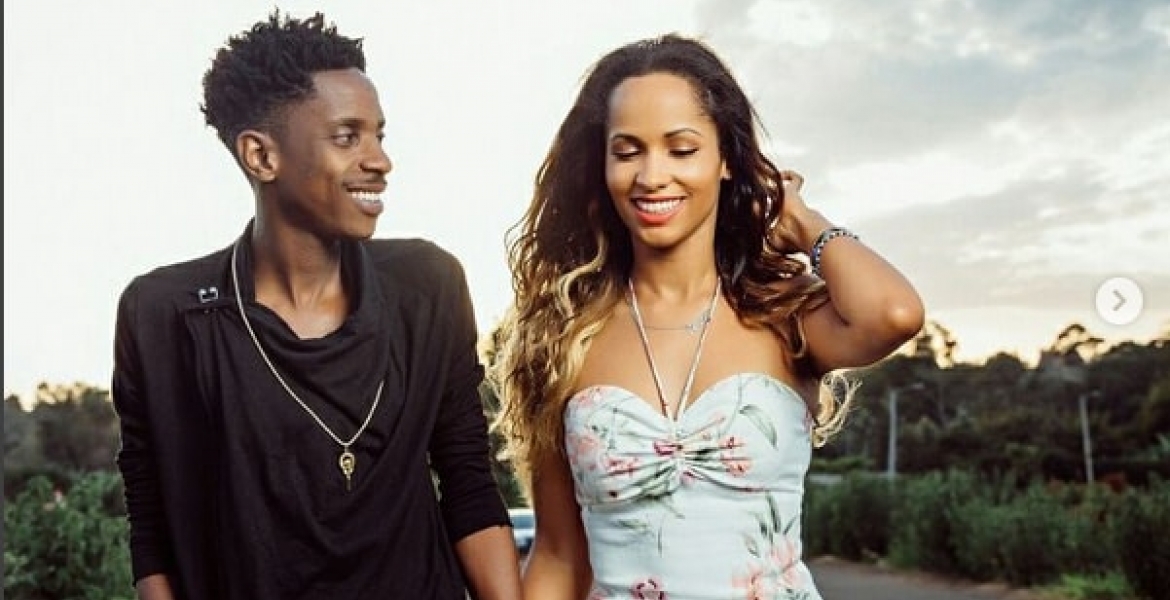 In an Instagram post, Chantal made a video of herself requesting her followers to say where they would like to be in the next ten years.

The most Bizzare thing was that Eric Omondi neither wrote where he would like to be as Chantal had requested but was seen asking how she was doing.

In May 2019, the comedian penned an emotional message of farewell to Chantal Grazioli on Instagram wishing her nothing but the best.

Their breakup was met with scepticism as Eric Omondi has been known to pull stunts in the past.

Hey guys, I hope you enjoying your weekend, let's talk😊

Here were some reactions:

Even with the messed up break-up that lasted for four years, Eric Omondi remained hopeful that their relationship would still work but years on. Asked what led to their break-up here is what Eric had to say.

“She recently asked me if I can allow her to permanently stay in Italy and get formal employment there. And because I had seen her stay in my house doing nothing meaningful, I saw it wise to grant her her request.”

Knowing Eric Omondi as quite the prankster, Kenyans had found it hard to believe that the revered celebrity relationship was over.

“Given we would stay far apart from each other over an unknown period, we reached a mutual agreement to end the relationship.”