Engagement ceremonies are usually a big deal for most of us and this would rarely pass without a celebration.

Over the years, couples have been keen to make engagements as memorable as they can be; from romantic dinners to anything that counts as outstanding.

Although there is beauty in sharing the details of such special moments, some celebrities prefer keeping it lowkey by conducting secret occasions.

This year, a number of celebrities have popped the question and publicly informed their fans that they are off the market.

The mother of 5 revealed this on her social media platforms by sharings photos of her engagement ring. She later confirmed during an interview that the ring was custom made.

Zari and her bae are also believed to have exchanged wedding vows in a secret wedding.

Former Wasafi Artist Harmonize proposed to his girlfriend Sarah in Rome Italy during a family dinner.

This engagement came as a surprise and Harmonize managed to pull it off with the help of Sarah’s relatives who were informed about his intentions.

Harmonize had dated Sarah for over 3 years and he made it clear that he wanted to engage her to prove how serious he is about the relationship.

The couple have since remained silent about their wedding until a couple of weeks ago when photos from what seemed like a marriage ceremony surfaced online.

Some claim that the photos were from a video shoot although the couple has still not confirmed this. 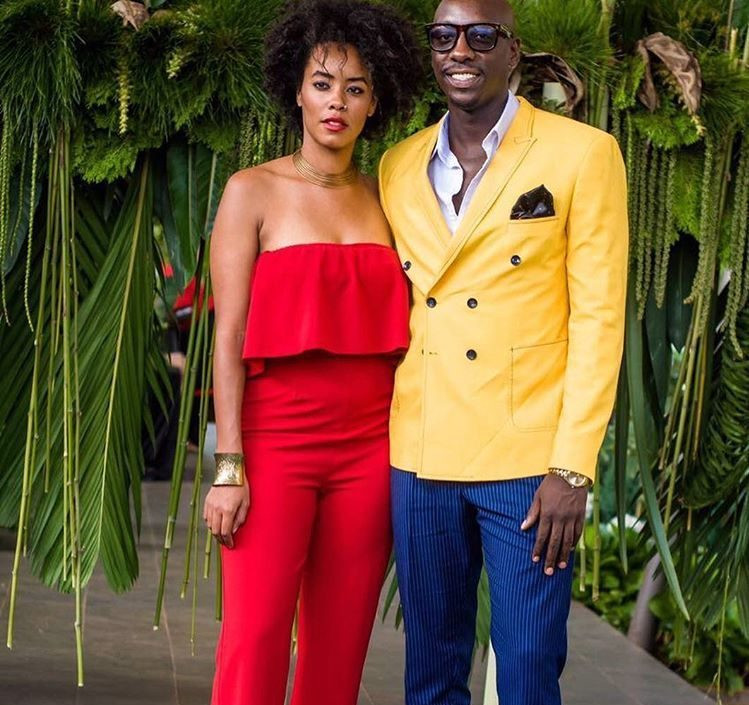 Sauti Sol’s Bien Aime Baraza proposed to his girlfriend Chiki Kuruka in a private ceremony that was graced by family members and close friends.

Some online reports have mentioned that the couple is planning to get married later this year. Keroche breweries heiress Anerlisa and BenPol got engaged this year and confirmed this on their social media platforms.

Ben Pol pulled up the romantic proposal at the shores of the beach and Anerlisa gladly said yes to the big question.

Tanzanian Songstress Nandy had a secret engagement and only spoke about it after the death of her fiancée Ruge Mutahaba in February.

The couple had dated for years before they decided to seal it with the engagement.

In one of the interviews after the death of her fiancée, Nandy revealed that they had plans to get married this year.

Nigerian Singer Davido engaged the love of his life Chioma in a lavish ceremony that went down in London.

The couple broke the news to their fans on social media and Davido revealed that they are expecting a child together.

Gospel Singer Bahti proposed to his baby mama Diana Marua during the EMB Jesus party that was held at Thika stadium at the beginning of this year.

Bahati said that he had intended to propose in 2018  but was patient enough to wait for a special moment to pop the question.

Comedian Chipukeezy and his girlfriend Kibanja took their relationship to the next level after they put rings on each other.

The couple went live on Instagram telling their fans that they are married and showed off their wedding rings.