Fast rising artiste Stivo Simple Boy is not just popular for his music but his style and fashion has equally got Kenyans talking.

The Mihadharati hitmaker has won Kenyans hearts for being real and authentic in his music.

For some reason, his vybe has attracted many and he has earned a huge following ever since he came into the limelight.

Describing his fashion sense, particularly his dress-code, Stivo dresses in a rather unique style and has severally got tongues wagging for stepping out in peculiar outfits.

Stivo has managed to embrace both the gangster look and what can be explained as quite simple and casual.

Apart from his dress-code, Stivo set the internet of fire after a photo of him in a funny haircut surfaced online.

What Kenyans think about his style

Whoever be em designers of these guys, must be prosecuted 🤣🤣🤣
Endelea tuu ivo stevo boy, usijali Ma haters not all people can appreciate what you are doing, utaenda far just be focused

Have a look at some of the dresscodes that left Kenyans speechless. 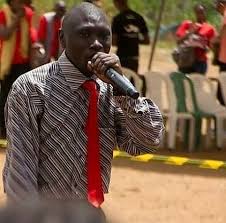