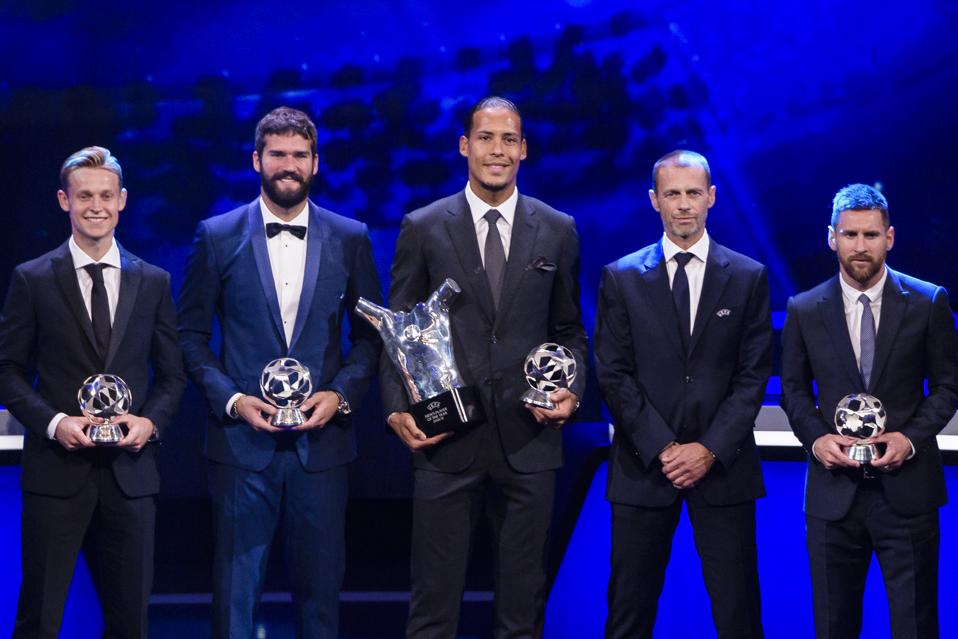 Are Lionel Messi and Cristiano Ronaldo punished for the high-flying level they have set in football?

This was the talk in the town after Liverpool’s central back Virgil Van Dijk was awarded UEFA Men’s Player of the Year, beating Lionel Messi and Cristiano Ronaldo to the award.

The award tops the brilliant season for the Dutch, who was also named the PFA Player of the Year for his fantastic display at the heart of the Reds defense, which conceded only 22 goals in the Premier League and went ahead to lift their sixth European trophy, beating Tottenham Hotspur 2-0 in final in Madrid.

Ronaldo failed to steer Juventus to Champions League glory after being eliminated in the quarter-finals by Ajax FC. He, however, won the Serie A and the UEFA Nations League Cup, beating Netherlands 1-0 in the final at Estadio do Dragao.

Messi, on the other hand, helped Barcelona to lift the La Liga title. Though his side was eliminated in the Champions League semi-final by Liverpool and lost the Copa del Rey Cup after succumbing to a 2-1 defeat to Valencia. His national team was also bundled out of the Copa America tournament by Brazil in the semi-finals.

And Thursday’s award could, therefore, mean that winning the Champions League means everything.

Here are the results that lifted Van Dijk ahead of Messi and Ronaldo;

UEFA Player of the Year votes:

More proof that winning the Champions League means everything these days.

Check out what fans had to say after the award;

Messi could have scores 100 goals last season and he still wouldn’t have won it. Also mad how Messi created big chances for Dembele, Coutinho, Suarez and Alba if just one of them gets scored Van Dijk doesn’t even enter the conversation.

Lol I thought it was only champions performance
My bad

Or, perhaps, because he was simply most deserving of the award.

Based on impact. Just so we’re all clear, I do believe Leo is the best player in the world but Virgil was a very deserving winner too. Of course I think Leo should’ve won, but to tell me he’s no different than the other Liverpool players… lol.

Imagine having these two to choose from and you choose the third option pic.twitter.com/lVx8ZbHImv

Winning trophies doesn't make you a better player. Is Dani Alves the greatest player to play the game?

Virgil van Dijk has become the first defender, the first Premier League player, and the first Dutchman to win the prestigious UEFA Men’s Player of the Year Award.