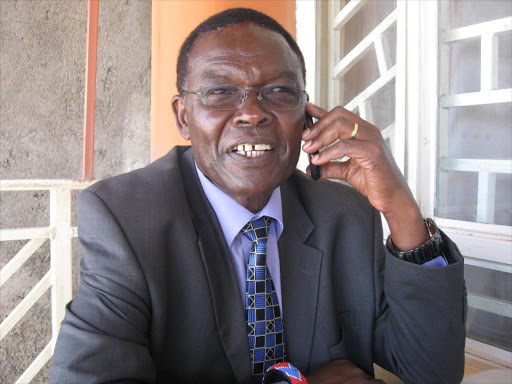 Kamwaro succumbed to the illness while receiving treatment in America according to the family.

Kamwaro served in the board until 2012 when former President Mwai Kibaki replaced him with Eng Joseph Kamau Thuo.

His reign was characterized with increased cases of road accidents which he blamed on the Ministry of Transport, motor vehicle inspection unit, roads department and the traffic police for not moving with speed to address the issue.

Kamwaro made headlines in 2013 after marrying a 23 year village girl, Eunice Sesian, at a ceremony that had brought to the fore the clash between modernity and culture among the Maasai, a community that has kept its customs largely intact in the face of Westernisation.