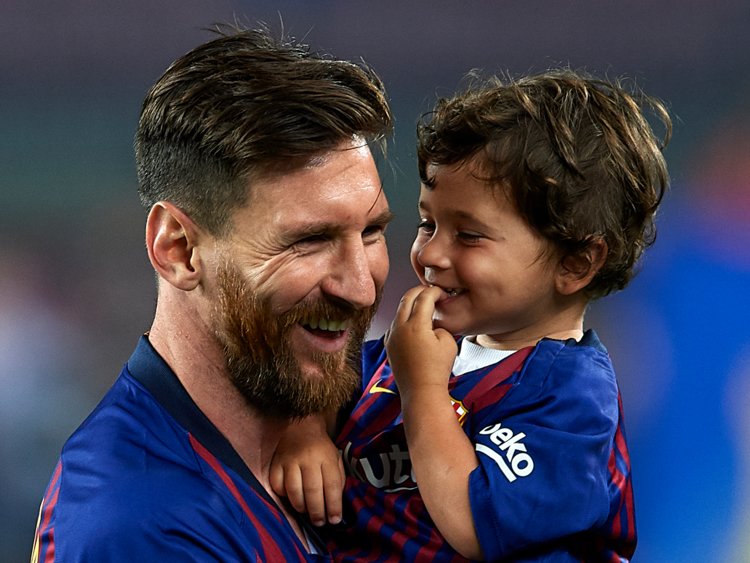 Barcelona won their first La Liga match of the season following an entertaining 5-2 victory over Real Betis at the Camp Nou. New signing Antoinne Griezmann grabbed a brace for the Spanish Champions on his Cam Nou debut.

Lionel Messi and Luis Suarez were not fit enough to play and came to cheer on their teammates with their families. Luis Suarez brought his eldest son with him while Lionel Messi came with his two sons.

Interestingly, Messi’s youngest son Matteo does not like to see his father’s team winning and was captured on video celebrating Real Betis first goal of the match scored by Nabil Fekir.

In a rare interview that Messi gave in June, he explained how at home, his youngest son is also his biggest rival. The boy likes it when his father loses a football match and Messi explained how Matteo poked fun at him when Barcelona was eliminated from the Champions League after going down 4-0 at Anfield to Liverpool.

Surely, Matteo must also think Cristiano Ronaldo is better than his father?