Who will be the next Kibra MP? That is the question on everyone’s lips as the race to replace the late Ken Okoth takes centre stage. Reggae DJ Kriss Darlin has been the talk of town after kneeling before Raila Odinga on Sunday, pleading for the ODM ticket.

Unfortunately for Kriss Darlin, getting the ODM ticket does not guarantee that he will become MP. Jubilee has entered the race and intend to give ODM a run for their money. According to insiders, the ruling party intends on fielding former Kenyan international footballer McDonald Mariga as their candidate in the race. Kibra residents may be forced to choose between a footballer and a DJ. Ken Okoth was a lawyer.

How Ruto forced Jubilee to Face Raila in Kibra 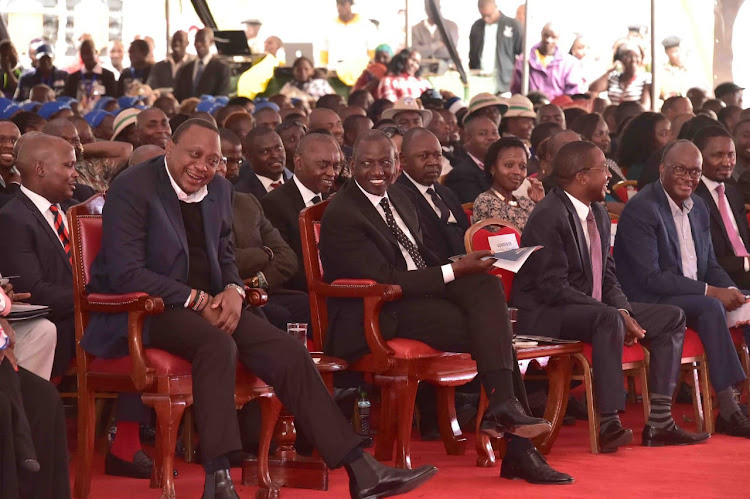 Deputy President William Ruto is believed to be the man behind Jubilee’s declaration that they will field a candidate in the Kibra by-elections.

Jubilee announced on Monday that it will field a candidate in the November 7 elections. According to sources, President Uhuru was reluctant to field a candidate in an area perceived to be an ODM stronghold but his deputy could have none of this. Ruto has set his eyes on the presidency in 2022 and is determined to test his clout in the city.

The DP hopes McDonald Mariga has what needs to be the next Kibra MP.

About 80 middle-level and top Kenya Revenue Authority (KRA) managers are under investigation for allegedly abetting fraud that cost the country billions of shillings.

The probe is a follow-up to an earlier one that saw 62 junior KRA officials taken to court on claims of abetting tax evasion. They are yet to resume work.

Mr Mukuha died on Monday evening at Aga Khan Hospital in Nairobi where he has been undergoing treatment since last week.

Employees’ exploitation has been on the rise across different sectors in recent years. Mt Kenya TV is now on the spot because of the deplorable working state. Imagine going four months without pay, in addition to threats from the employer. The staff have allegedly been warned not to quit. What do you think is the likely solution to such a situation?