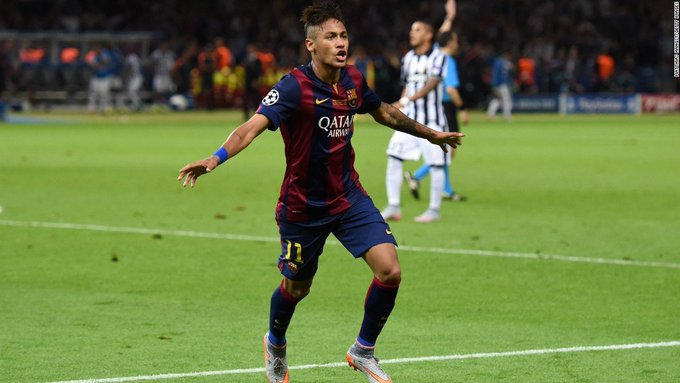 Paris Saint Germain has issued the final terms to Spanish giants Barcelona in regards to the transfer of Brazilian forward Neymar. The transfer has been the saga of the summer with PSG reluctant to sell their prized asset on the cheap despite the player making it clear that he wants a move away from the club.

The French Champions are said to be willing to let Neymar go back to the Camp Nou once Barcelona gives them two players. The players in question are French winger Ousmane Dembele and Portuguese right-back Nelson Semedo plus cash worth 100 million Euros.

PSG are willing to sell Neymar to Barcelona in return for Ousmane Dembele, Nelson Semedo and €100m, according to @le_Parisien pic.twitter.com/OqtBs4reTX

Representatives from both clubs met on Tuesday to finalize the deal but it is still not clear on whether an agreement was met. The forward has not played for PSG since making public his desire to exit the French Capital.

Barça and PSG will meet in Paris tomorrow to discuss the transfer of Neymar. It will be the second face-to-face meeting between the two sides. Barça's expedition will be led by CEO Òscar Grau, accompanied by Abidal and Bordas. [rac1]

Neymar moved to PSG from Barcelona for a world-record deal worth 222 million Euros but has not lived up to expectations. The team has been knocked out of the Champions League at the round of 16 stage in the two seasons that Neymar has been there.

Ar Barcelona, Neymar won the treble in his first full season and formed a deadly partnership with Luis Suarez and Lionel Messi.