Will Lukaku’s victimization ever come to an end?

Inter Milan striker Romelu Lukaku is one of the most persecuted footballers in the world. His maltreatment began mainly during his time at Manchester United where he left this month for the Italian giants.

The Belgian striker was among the adored players in Europe while he was still at Goodison Park and this earned him a move to Old Trafford for a whopping fee of £75 million, plus £15 million in add-ons. He was deemed the perfect replacement for Wayne Rooney, who deserted the club for his boyhood club, Everton. 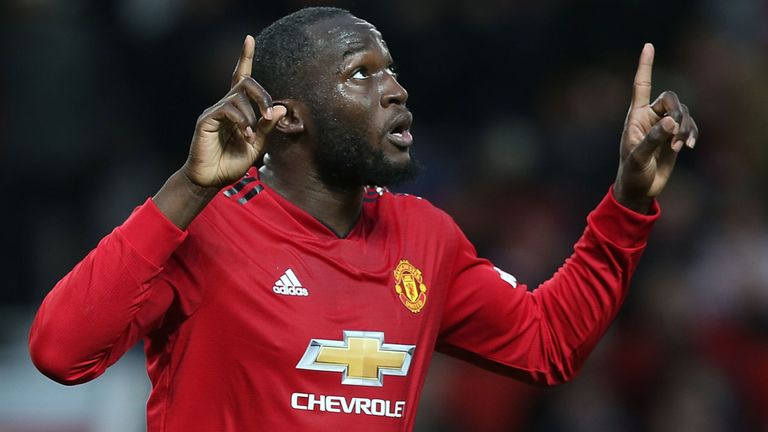 After a torrid moment at Old Trafford, the 26-year-old ditched United for Internazionale, a place where he has got some reprieve after a warm welcome.

But his persecution seems to have followed him as fans slammed him on Tuesday morning for celebrating a goal he scored during training before their encounter with the promoted Lecce at San Siro.

In a video that has gone viral, Lukaku is seen scoring a well-calculated goal that hit the bar before finding its way to the net.

When i knew it was meant to be 😉👀🙉…. #Golaso pic.twitter.com/OmZAl5GUBl

Man is advertising a warm up goal

You literally have zero shame. 😆😆

Wow amazing free goal!! U shited big time at united though!!! N keep on puking even after leaving united!!! Don’t talk crap about Ur former clubs and it’s fans ever!

So we won’t have a breather….

Come and carry Sanchez with you

Yes LUKAKU, you will make it in Italy, cos d pace is very slow, while in d E.P.L d pace is too fast for you. Not to mention, your first touch is atrocious. What is meant to be is ” you will never play for a top club, you can’t take the pressure of playing for d best. Blame yself

Bruv you didn’t have to control so what you saying. Plus I see that run up. 😂😂

The way you disrespected the club that paid 75m for you is disgraceful, especially to the fans who stuck by you through thick and thin. GL in Milan but you’ll never have the respect of the fans of @ManUtd .