Diamond Platimuz’ lover Tanasha Donna left tongues wagging after declaring what she would do if Diamond sleeps with another woman in future.

The heavily pregnant lass took to social media and said that she will never touch Diamond again if she cheats on her leave alone talking to him.

Tanasha Wrote on her Instatsories

This came after Diamond organized a mother of all baby shower party in one of the most sought after restaurants in Tanzania.

Tanasha and Diamond met 9 months ago after he broke up with Zari Hassan whom they had two babies. Zari and Diamond broke over cheating issues after Diamond got a baby with Hamisa Mobetto while he kept seeing his first ex-girlfriend Wema Sepetu. 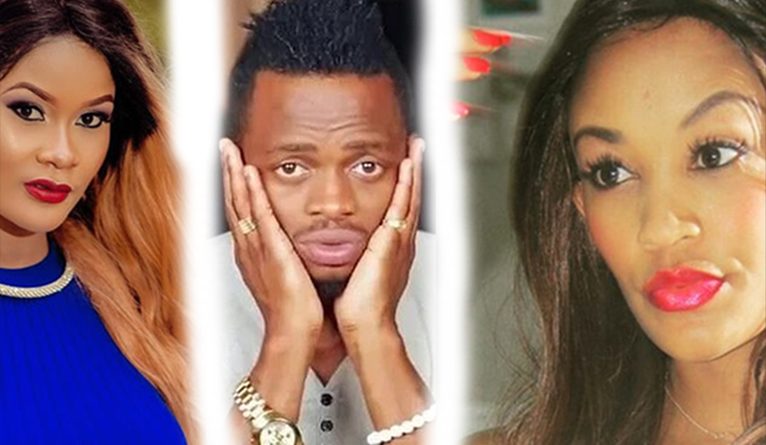 Now Tanasha’s fans feel that Tanasha will not be able to tame Diamond’s Insatiable desire for women and the only thing she will end up doing is breaking up with Chibu Dangote.

She should just keep quiet.

And that’s exactly what he’s gonna do to push you away, f***k another b***tc

She is starting to fear her own shadow….hahahahah…..relax just add another abandoned baby to the world and face the sequences….

You’ll remember the boss lady a time like this next year when you’ll be 25 either a single mom or carrying a second pregnancy with no engagement ring. He won’t be there to hear anything, he’ll be somewhere with a Nigeria lady,maybe Rwanda