Kenyan Premier League side, AFC Leopards is set to launch a mobile application that will enable fans to contribute funds to support the club following the exit of Sportpesa.

The betting firm opted to end all its sponsorship deals with sports entities owing to the ongoing row between the government and some betting firms over tax-related issues.

Sportpesa’s exit has thrown Kenyan football into jeopardy. For starters, The Kenyan Premier League will be without a title sponsor in the 2019/20 season that gets underway in ten days. Leopards and rivals Gor Mahia too will have to find an alternative way to run the club as the betting form was their only sponsor.

Leopards chairman Dan Shikanda has now disclosed that they are looking at several ways to run the club and one of which is through fans’ involvement. He stated that they will soon launch a mobile application through which fans can make contributions to the club.

“We are in a very difficult position right now. Sportpesa just pulled out without giving us a notice and we now have to find a way to raise funds. We are soon launching an app through which our supporters can help by contributing. If we can get one hundred thousand fans who can each contribute Ks. 1,000 we will have 100 million shillings which is double what our sponsors were offering,” he told Opera News.

The former Kenyan international went further to urge fans to be ready to support the team financially when called upon. 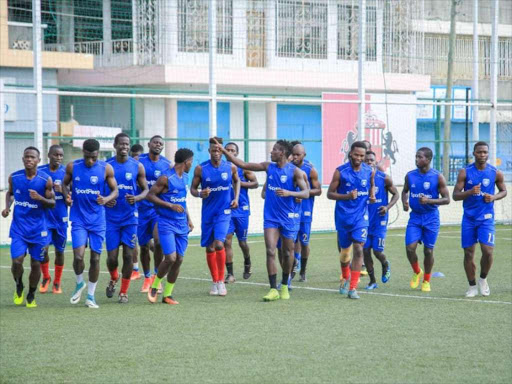 “My message to our supporters is that they should rally behind this team. This team belongs to them and only they can ensure that the team doesn’t struggle by supporting the club financially. With the mechanisms that we are putting in place, a sponsor should be a secondary source of funding, our fans should be our primary sponsors,” he added.

Ingwe will begin its 2019/20 campaign with an away match against Kakamega Homeboyz at Bukhungu Stadium in Kakamega County.