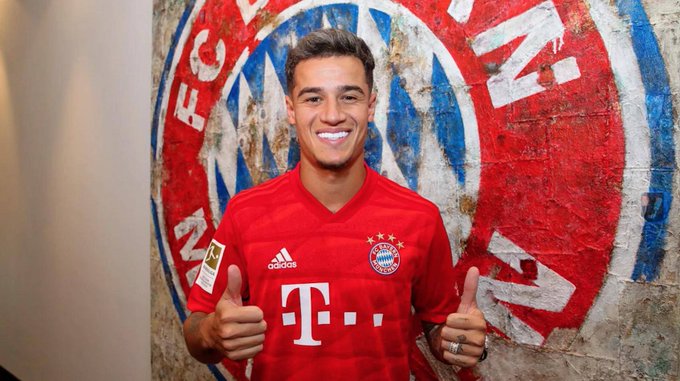 Barcelona fans bewail after their club gets into an agreement with Bayern Munich over their star Philippe Coutinho, who has been sent to the German club on loan.

According to reports, the Brazilian has been signed by the Munich-based club on a season-long loan deal which includes an option to buy.

This news has not been received well by Barca fans, who now condemn the club for releasing good players to their rivals.

🔶 Barcelona and Bayern Munich have reached an agreement for the loan of Philippe Coutinho to the German club for the 2019/20 season. pic.twitter.com/7Cho7ECOLU

Terrible mistake.. Valverde should have been loaned instead

Yeah, he’s goinf to perform for sure, like Paco. Cause Bayern actually need a player like him.

Why not loan our stupid and tactless coach instead

Valverde has blood on his hands. Imagine what Coutinho would do if he played under a coach like Pep, Klopp, Tuchel, Pochettino… No player has improved under Valverde. If not that Messi is Messi, he would have dropped form. Valverde is cancer to Barca. Why can’t Bartomeu see it?

Fuck this board and that manager who destroyed his career….it was a dream move for him which became nightmare because of the manager….hope he achieves more at Bayern

*Give him away for free, in fact we'll pay them to keep him

or Bayer with Coutinho against us in semis 🤭

He is a cam/creative midfielder and not a winger. Its like playing a cb player as rb and asking him to press and cross. 85% of footballers will surely fail if u change their position which they played for 10 years.

Coutinho joined the Blaugrana from Liverpool in a £142m deal in January 2018. Despite scoring 21 goals in 76 appearances for the Spanish giants, he fell short of expectations and had been linked with several clubs this summer.

It was believed that he would be part of Barcelona’s bid to bring back Neymar from Paris Saint-Germain, with the Spanish club reportedly willing to offer 100m euros (£92.4m) plus the midfielder for the PSG forward.