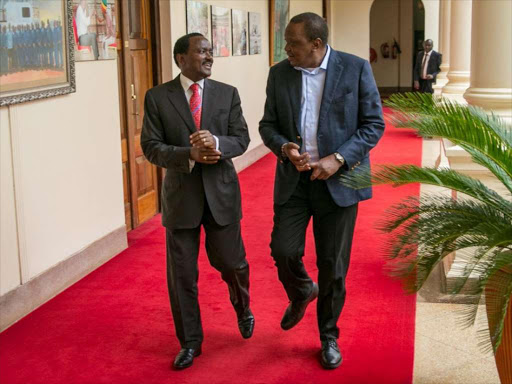 During President Uhuru’s second term administration, for many reasons, the Kenyan mission has witnessed an exodus of career officers as well as political appointees from the ruling Jubilee party as well as the opposition side.

In July, President Uhuru Kenyatta appointed former vice president and Wiper Party leader Kalonzo Musyoka as a Special Envoy to monitor peace in the Republic of South Sudan as part of Kenya’s pursuit for lasting peace and security in South Sudan through the acceleration of the implementation of the Revitalised-Agreement on Conflict Resolution in South Sudan (R-AGROSS).

Barely two months down the line, Kalonzo Musyoka has injected some urgency into resolving the conflict in Sudan.

Welcoming H.E President Uhuru Kenyatta for the signing of the transitional period document between Forces for Freedom and Change and the Transitional Military Council at the historical Friendship Hall in Khartoum.#Sudan pic.twitter.com/hrXm3mdMGd

South Sudan’s new peace deal monitored by Kalonzo include steps toward key interim benchmarks – unifying a national army and drawing internal boundaries which have been lagging far behind schedule despite numerous peace agreements signed between President Salva Kiir and his arch-rival Riek Machar.

Earlier today with H.E President Uhuru Kenyatta as we attended the ceremony for signing the transitional period document between Forces for Freedom and Change and the Transitional Military Council at the historical Friendship Hall in Khartoum. pic.twitter.com/hbSKpBk4fP