The Deputy President William Ruto is a political orphan. Seemingly he has been used and dumped by his boss President Uhuru Kenyatta.

President Uhuru is believed to be moving with speed to form a super alliance with the AU Representative Raila Odinga. Their alliance brings together all the political bigwigs at the moment.

According to an article published by Daily Nation, the Uhuru-Raila alliance has attracted other big names in politics. The ANC Leader Musalia Mudavadi has joined the league together with Bungoma Senator Moses Masika Wetangula.

The wiper Leader Kalonzo Musyoka who expressed his interest to work with Baringo Senator Gideon Moi is also featured in the super alliance. 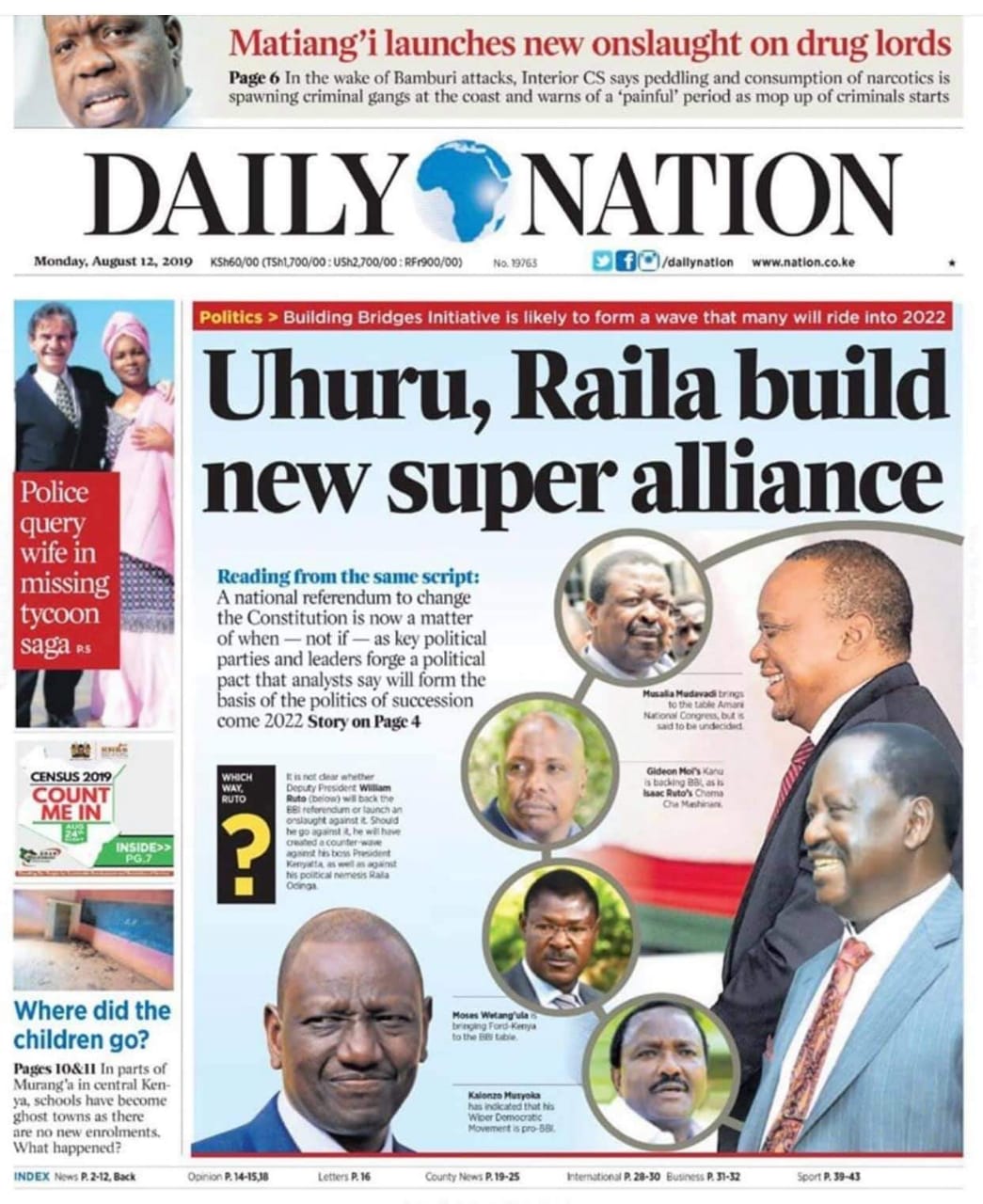 The alliance has been formed with the recent push for referendum. It basically supports the Building Bridges initiative( BBI).

Team Tangatanga remains an opposition to this initiative. Most of the leaders from Team Tangatanga claiming that BBI is a strategy to award some leaders positions of power in 2022.

This new political path leaves The son of a peasant a destitute man with no ‘warm shoulder’ to lean on.

However this forged new political pact between Raila Odinga and Uhuru Kenyatta has elicited a lot of reactions from the online community.

David Bett, a twitter user, has argued that Ruto has been used and dumped by his boss Uhuru, which the nature of Kenyan politics.

Politics hazijachange. Everything is as it has been! Kurukana and kutumiana is the word. Let’s be honest here, Uhuru wouldn’t have known what is presidency without this same man. That’s a fact.

But some other Kenyans have sided with Ruto stating that it is time for Raila and Uhuru to be phased out of Kenyan politics.

UK, Rao and Ruto should all be faced out.
We need new leaders

So for you coming to senses is agreeing to what Uhuru and Raila says? Do you think the two mean any better for our country?