The former Asante Kotoko coach is set to jet in and take over from Hassan Oktay who resigned from his position on Tuesday. The Turkish cited personal challenges for his resignation ending an eight-month stay with the Kenyan giants.

“Kindly accept my resignation as Gor Mahia FC head coach effective today, the sixth day of August 2019. As you are aware, the decision has been forced on me by the personal challenges I am facing here in Europe. I wish to thank you and the entire club, including the fans for the opportunity you accorded me to manage this great club. I also wish you guys all the best in your forthcoming assignments,” read Oktay’s letter.

During his time at the helm, Gor Mahia won the Kenyan Premier League title, and for the first time ever reached the quarter-final stage in the Caf Confederation Cup.

His exit, however, comes at a time when the club is preparing for an international assignment. K’Ogalo will on Sunday play Burundian side, Aigle Noir in a Caf Champions League first leg match and Gor Mahia chairman had earlier told Opera News that they must have a new coach before Sunday.

“We are ready, there are coaches we interviewed alongside Oktay and if he is not coming back then we will go for the coach that finished second in the interview. We have an important match on Sunday in Burundi and for that match, we need a coach with a CAF A license, our assistant coach (Patrick Odhiambo) does not have that license meaning we have to act fast if he is not returning,” Rachier told Opera News. 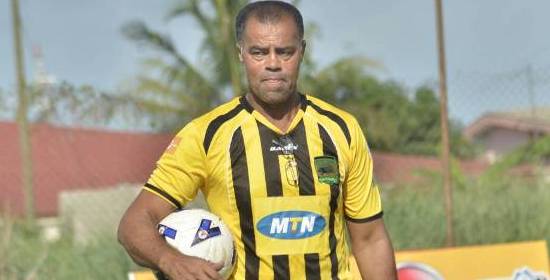 Pollack will be tasked with leading a Gor side that lost some of their key players. Captain Harun Shakava moved to Zambia where he joined Nkana while lead striker Jacques Tuyisenge joined Angolan side Petro Atletico. Midfield wizard Francis Kahata is now in the book of Tanzanian side, Simba.