It’s National Girlfriend’s Day all over the world, only one of the 2 most dreaded holidays by the single people, the other one being Valentine’s day of course. While most men stepped up to actually post their girlfriends, and even some of the brave ones posted both their girlfriends and side chics, a number of men could only lament as to having no girlfriends.

The single girls also took to social media over how they were clearly not going to be posted. Some even went as far as saying how they are watchkeepers of the ones who are in relationships, as to who has been posted twice, or who hasn’t been posted at all! LOL. 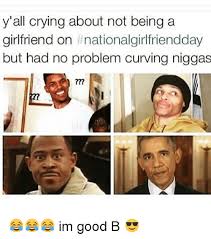 In any case, we would only assume this is another ingredient of disaster in a relationship as it would cause an argument for sure.

One of the questions that arose was whether it was necessary to tell your partner the number of exes you have and why they broke up with them as posted by one a Facebook user by the name Peter Mango.

Netizens were quick to respond with their opinions and added their two cents to it all.