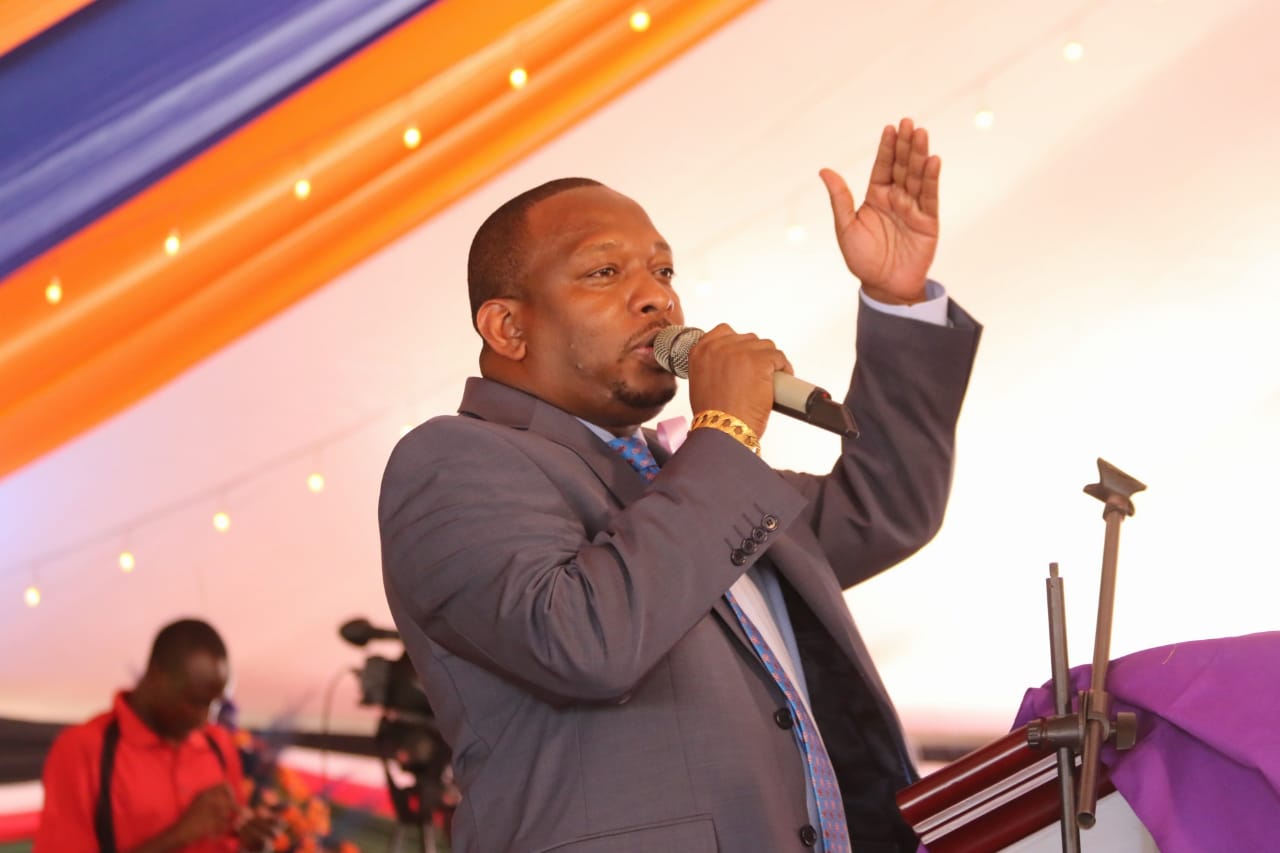 As Posted by Mike Sonko

We all want to mourn our late Bro Hon. Ken Okoth and respect his family especially the mother. Ken was a diligent leader who did everything to uplift the lives of Kibra constituents and Nairobi in general.

However, even as we mourn, we are cognizant of the fact that Ken had a son with one of the nominated Nairobi County Assembly (MCA) members by the name Ann Thumbi alias Anita. The two love birds did not hide the fact that they shared a son.

Unfortunately today, Anita was stopped at the Lee funeral home as she took their son to pay last respect to his father. Who does that?

Inspite of denials from some members of the family, it’s clear that Ken recognized and was there for his son as demonstrated by pictures and various documented correspondences. On 5th of July 2019, as the Governor of Nairobi, I received a text from one of Anita’s colleagues who said Anita was emotionally down and worried about the health of her son’s father, Hon. Ken Okoth.

The MP out of paternal love of his son had reportedly called her to ask her to take care of their son. She then appealed to me to help them fly to Paris to visit the ailing Ken after ambassador Judy Wakhungu posted a picture of the late MP in a Paris hospital. On the 6th I obliged to her appeal and asked them to send me copies of their passports. I proceeded to pay two tickets for the two to travel and also booked a hotel in Paris.

, A few days later, as we waited for their Visa processing, MCA Doris, a colleague of Anita, sent me a text saying Hon. Okoth had returned to Kenya but appeared very weak. Thus the Paris trip aborted.

My humble appeal is that even as we prepare to bury Ken, let’s not forget his son. He too needs and has a RIGHT to participate in the send-off of his beloved dad. As such, it’s our duty to protect the right of the child.

As a leader, I offer my support to the family of the late Ken as they undergo a difficult moment of mourning a husband, a father, a son, a brother. The family should accept Hon.Okoth’s son enjoys legal protection and recognition