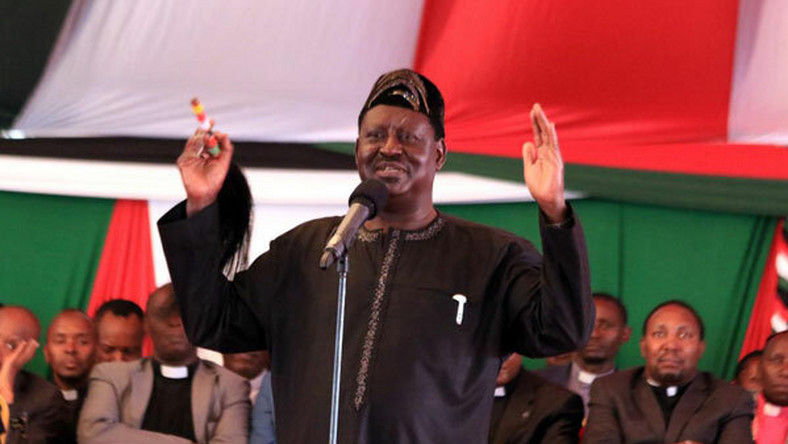 The former Prime Minister explained that the arrangements had been made by a committeewithin the party, some MPs and the family of the late MP.

“After deliberations among the family members jointly with the committee that was put together by the party as follows, one, there’s going to be a service today [Wednesday] at the Starehe Boys Centre in memory of the Late Ken Okoth.

ODM Party Leader Raila Odinga gives final word on Kibra MP Ken Okoth funeral arrangements
“Considering we still have the funeral for Bomet Governor Joyce Laboso, the committee has been very careful to ensure the events to not clash.

“There will be a funeral service tomorrow at Moi Girls Secondary School in Woodley starting at 11am and thereafter there will be a chance to view the body,” he explained.

Kibra MP Ken Okoth to be cremated in Nairobi

The ODM party leader further explained that the body of the late MP will be flown to Kasipul Kabondo, Homa Bay County on Saturday for a funeral service before the family performs the final ceremony in private.

“The service on that Saturday will begin at 10am at the Rateng’ Secondary School. We urge people to keep time.

“After the service the body will be handed back to the family to be disposed off,” he stated.

On the sidelines of the briefing, Mr Odinga clarified: “Ken will be given to the family to do the rest…just like we did with Kenneth Matiba…so the family will do the rest.”

Raila Odinga with Simba Arati and Ken Okoth. The ODM Party Leader has given the final word on the Late Kibra MP’s funeral arrangements

The ODM party leader urged for calm during the period of mourning the deceased MP.

There has been contention between the legislator’s paternal relatives and his mother over the burial arrangements with his father’s kin claiming to have been left out.

Some politicians from the Homa Bay region have also threatened to cause a fracas if the MP is not buried at his mother’s rural home.