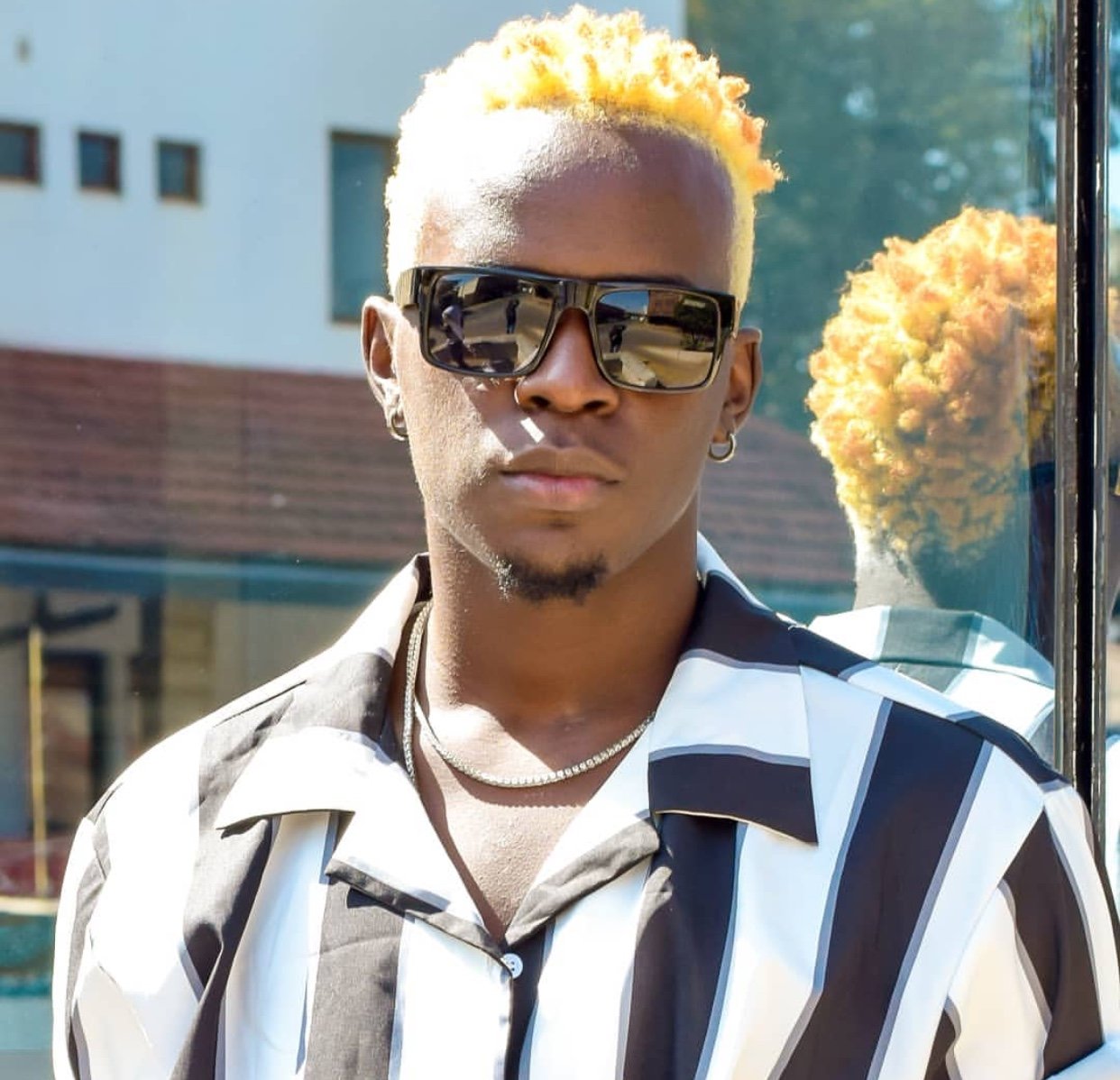 Willy Paul is going thug and sinking deeper into the darkness at an unprecedented pace after he introduced his new favorite toy, his gun. Turns out since he showed it off, Willy Paul has been busier threatening innocent strangers that he will shoot them than with his ‘gospel’ career, but can he really?

The former gospel artist left many with mixed reactions after parading what is believed to be a Ruger SR22 pistol last week. The gun is popularly known for its sleek features and is a favorite to many private owners. Through his Instagram page, Willy Paul captioned the now-deleted photo saying: I LOVE TOYS!! 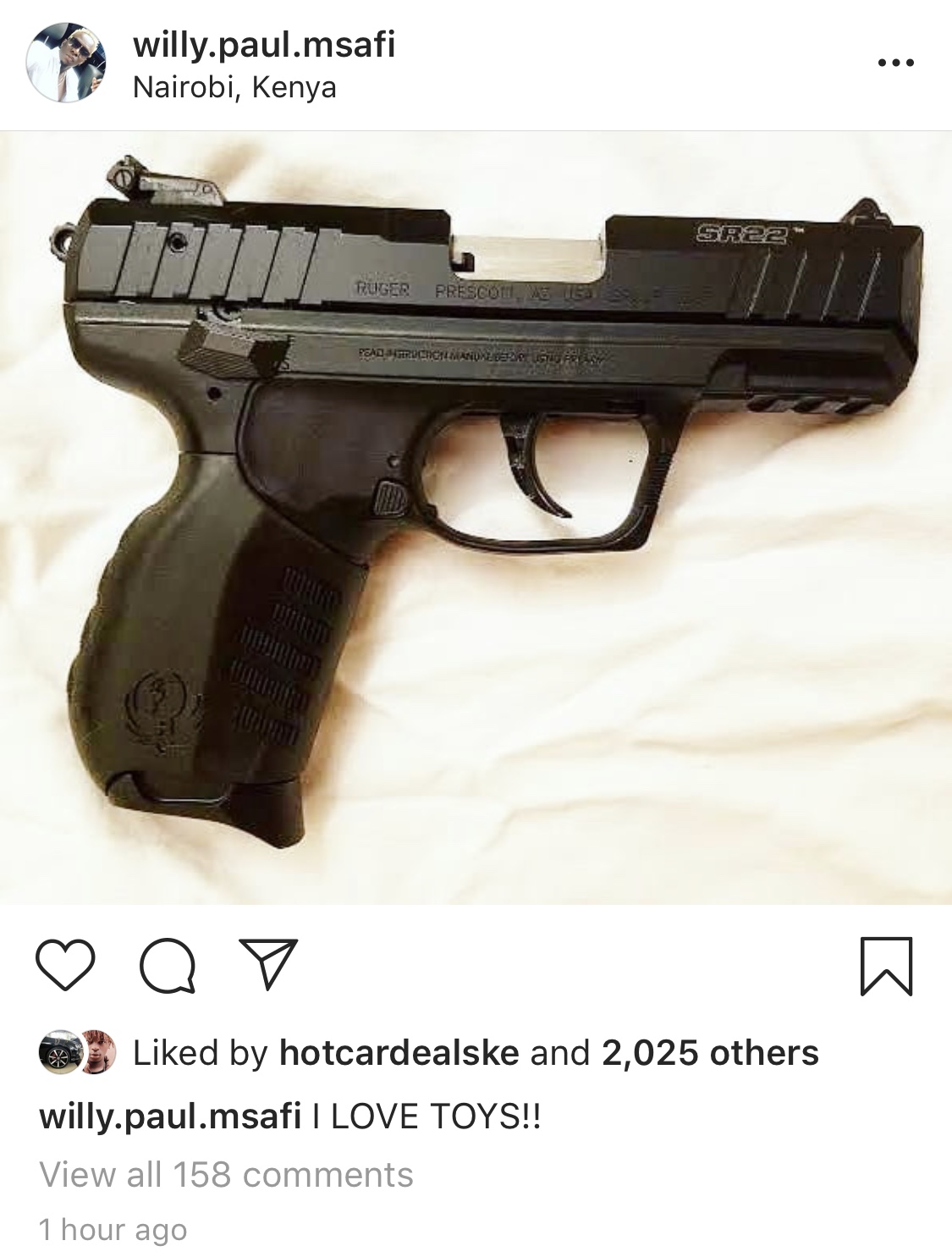 He basically threatens to commit murder which in itself is a crime and netizens are calling for his immediate arrest and the gun license he has to be revoked. Check out the controversial video below;

Netizens came out in masses to condemn his actions on social media and reprimanding him for his carelessness. Check out their responses:

BShop Mehemehe Catherine Kinyua don’t mention this cheap street boy again.. when he got nothing everything was at peace now he’s farting on everybody.. matiangi why are not not arresting this fool… when we fighting cancer he’s busy disturbing the peace of innocent Kenyans with toy guns.. nautaona burukenge ikisema.. that’s my boy friend.. boyfriend my left nipple.. Nkt.. wasted sins

Mimi Chez Our very own lovely saved, humble gospel artist spreading the message of the lovely Christ of PEFA CHURCH. 😊

Kj Mpoa Very saved..brought up and raised in church as an altar boy. He’s leading the way.

Esparansa Mk’abili I saw this coming immediately I heard he was displaying his toy “some weeks ago…. Tumbako Ya mtu!

Kevinkelvin Adunga This guy is full of pride, can someone tag Matiangi. The gun license need to be revoked asap and be arrested with immediate effect.

Roseline Manyasi Mukoya This video has made my landlord change his mind on rent.. He just told me that no paying rent for 6 months.. Thanks to the one that shared let it change other people life also

Mohamed Rahoy Ever wonder about the increasing number of wayward youths? Their role-model right here.

Bundi Mfundi I met this guy last year at Greenspan mall and after a brief chat i cud see a thug,and a devil rolled into pozze’s eyes. Illuminati is real

Bosco Joseph Control your tempers and stunts.
Kuna watu wanaishi na kutembea with assorted weapons and yet very humble hata akikosewa.
You claim to shoot someone juu ya parking?
Luminac Green When guns falls in the hands of small kids….mdomo ndio huongea zaidi… a real man pulls and fires, then talks later

Mkorogo Utaniua Angepiga nijue yeye ni mwanamme kamili. American wannabe. Atajua hii ni kenya and he ain’t among those who do shit and walk Scot free.
Felo Cerruti Directorate of Criminal Investigations – DCI better get to the bottom of this issue. A gun is in very irresponsible hands plus he has just threatened to kill someone. Hii ni Kenya mpya let him be taught his lesson. Sly Slavia usijaribu kutetea huyu mkunaji