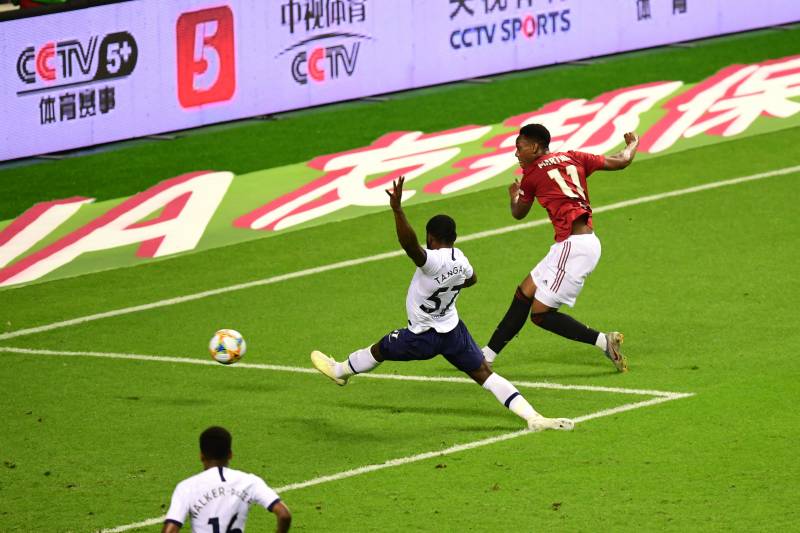 Manchester United beat Tottenham Hotspur 2-1 in a Pre Season friendly on Thursday. French forward Antony Martial scored the Red Devils opener and was leading the line for Ole Gunnar’s side.

The former Monaco player endured a very good afternoon playing in his preferred striker’s position which prompted some Manchester United fans to call for him to be played as the main striker next season.

Anthony Martial is the MOTM for me. Was dangerous everytime he got the ball and scored a good goal. My number 9

Some have even set a goals target for him..

Anthony Martial is the MOTM for me. Was dangerous everytime he got the ball and scored a good goal. My number 9

Anthony “Play him down the middle” Martial

Great start from @ManUtd and a deserved goal for Martial. He’s been very impressive leading the line. If he gets consistency he’s one of the best around.

Martial has been mostly deployed as a winger in his Manchester United career but he has never hidden the fact that he prefers the striking role. He first played there in his first season under Louis Van Gaal but has found playtime through the middle hard to come by.

Manchester United have an abundance of strikers with Romelu Lukaku and Marcus Rashford all preferred ahead of Martial.

Martial central striker this season I see 20 plus goals 💦💦💦