Renown activist Boniface Mwangi has shared the screenshots on how the police are demanding money from a parent whose daughter was killed to uncover the mysterious death.

According to the screenshot mother of the victim Ms Martha Wanjiru is seeking justice for daughter Ebby Noel Samuels who was a student at Gatanga CCM Girls High School in Murang’a County.

The police are demanding a total of ksh, 10,000 from the mother to facilitate their movement.

The Mother, MS Martha in the shared screenshots states that she cannot afford the cash but the police in question further demands 3k for them to go ahead and make the arrests.

Ms Martha Wanjiru, was overwhelmed by emotion as she narrated how she arrived at a hospital in Thika following a call from the school only to find her daughter dead.

“On Saturday morning, I received a text asking me to call the school. When I called back, the school principal picked and requested that I urgently go to Naidu Hospital in Thika,” she said.

Ms Wanjiru said the school told her that on the fateful morning, her daughter failed to attend morning classes. The students alerted the matron who found her in bed struggling to breath. She was rushed to hospital.

But now the police are saying they won’t act to uncover the murder until Ms Martha gives them ‘Kitu Kidogo.’

Boniface Mwangi has started the school Principal is involved in the murder of Ebby Noel Samuels and that the Deputy Principal together with the matron are trying to cover up for the murder.

Martha Wanjiru’s daughter was assaulted and murdered in her bed by her school Principal, the crime covered up by the deputy and the matron.She informs me that the officer who was investigating her daughter’s murder is asking for bribes to arrest the killers. Here are screenshots. https://t.co/buCMkXBShg pic.twitter.com/XfTR9kCglU

HERE ARE THE SCREENSHOTS 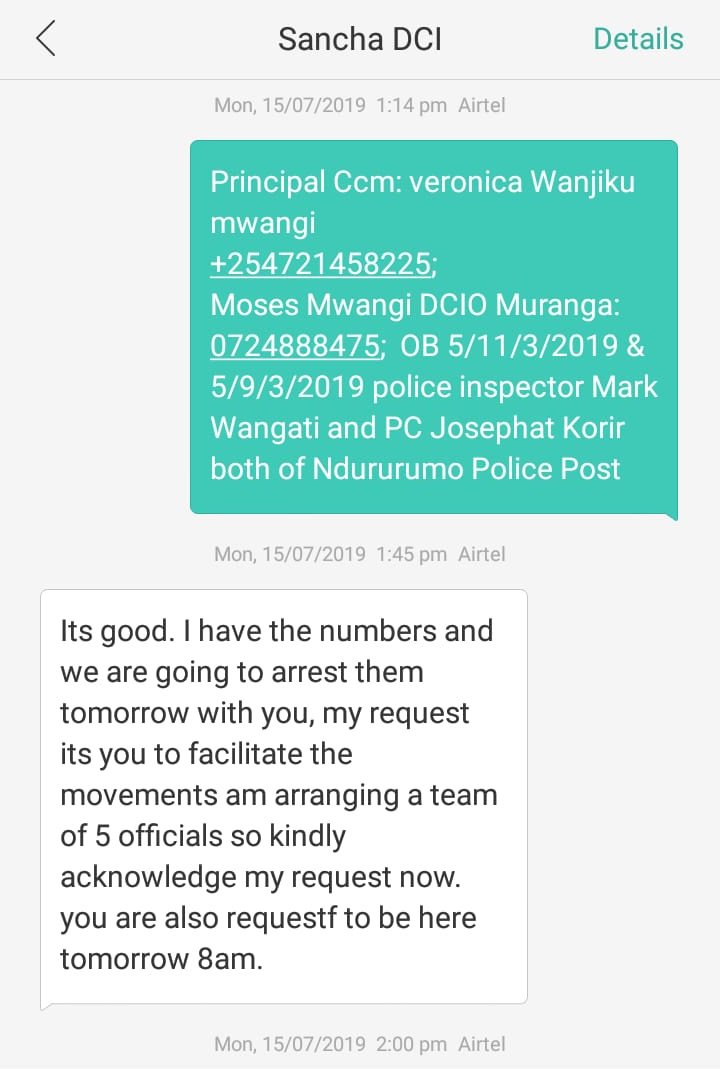 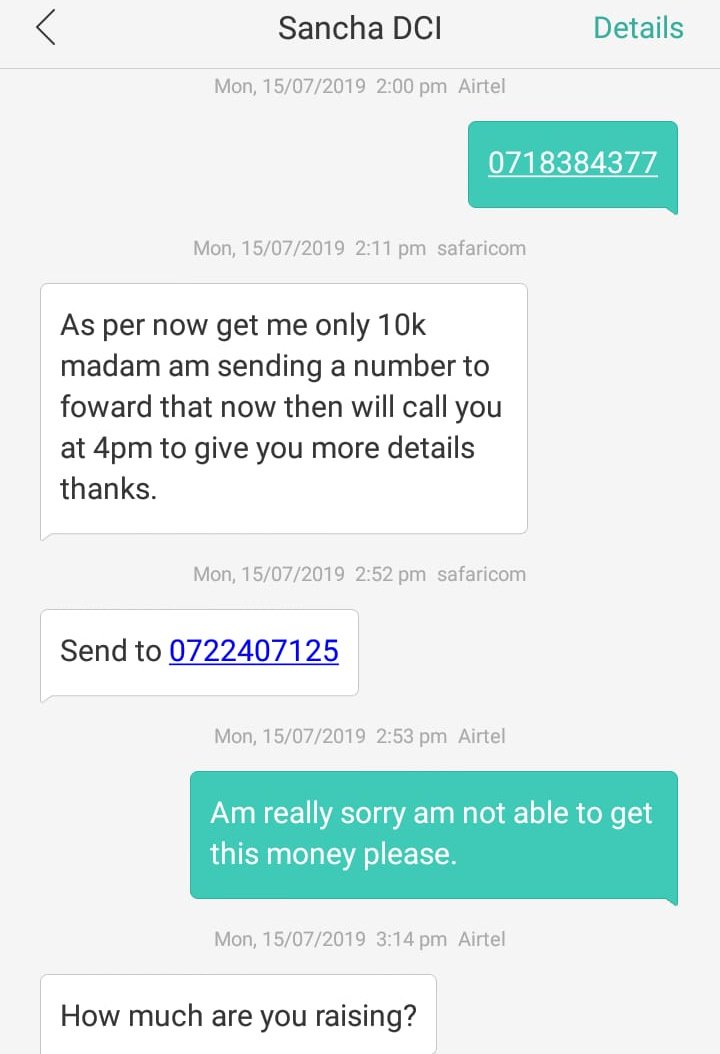 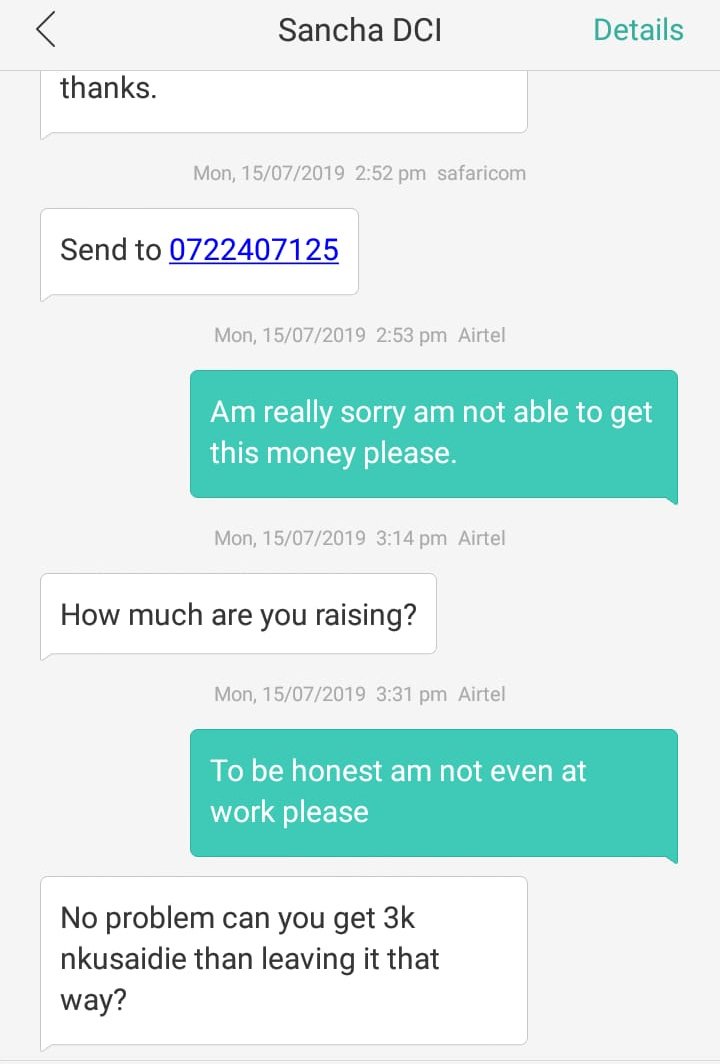