A section of Western Kenya MPs have vowed to rally the populous Luhya community behind their own candidate saying they can’t any longer allow the vote-rich nation to be organized by outsiders.

Speaking on Saturday in Vihiga during the burial of football legendary Joe Kadenge, the MPs in one voice vowed to stop those who were taking advantage of the community for their own selfish gains.

The 2022 unity debate was kick-started by Makadara MP George Aladwa who urged the Amani National Congress leader Musalia Mudavadi, Ford Kenya’s Moses Wetang’ula and Devolution Cabinet Secretary Eugene Wamalwa to unite in a bid to lock the region out of ‘Outsiders’.

According to Aladwa, the three leaders deserved respect since they were the region’s kingpin. In what was directed at William Ruto’s frequent visits to the region, Aladawa said that Luhyas will not agree to be “organized as Chickens” by outsiders.

“Ruto should keep off Luhya politics. He should let us organise ourselves for 2022. We have our own leaders. We will layout our plans … we will not accept to be planned. We want to send the message that we have leaders in Musalia, Wetang’ula and Wamalwa and that they should be respected.” reiterated Aladwa.

Aladwa who was speaking in presence of ODM leader Raila Odinga who was also in attendance seemed to have also been sending the same message to the ODM boss that the community was no longer going to back any Outsider in 2022 apart from their own.

Aladwa’s sentiments were also backed up by Shinyalu MP Justus Kizito who said some constituencies in the region had not developed because they had been “denied projects which have been dangled as carrots for political support”.

“There should be equal development but some constituencies have been sidelined because development is being dished out based on political allegiance,” he stated.

Kizito said the region was not to be forced into supporting an individual for them to get what was rightfully theirs. He added that it was high time for the two communities who had led Kenya for too long to also allow a Luhya President to lead in 2022.

Such sentiments however were did not go down well with other Kenyans including Canadian based lawyer Miguna Miguna. Miguna told of the Luhya leaders saying that Kenya as a whole needed social and Electoral Justices without basically scaling down to Ethnic backgrounds.

Desperate Kenyan cartels, despots and their surrogates don't understand that Kenyans, including members of the Luhya Nation as well those belonging to other nations/communities, need SOCIAL JUSTICE and ELECTORAL JUSTICE, which have no ETHNIC DNA. https://t.co/uKuAM4g8Bb

Even as his boss came under intense attacks in Vihiga, Ruto’s Western Kenya footsoldier Dr. Boni Khalwale who snubbed the legend’s burial was busy elsewhere in Shinyalu constituency attending the ‘burial’ of one of his Bullfighters Anthony Mulima.

When I arrived in Shibuyi village of Shinyalu Constituency for the traditional burial of Bullfighter Anthony Mulima today. Our culture pride. pic.twitter.com/z4FtlC9VSQ

However, the bullfighter expressed his regrets for missing Kadenge’s burial saying that he attending the Shilembe of the burial of his bullfighter.

“Am so so sorry for missing today’s burial of Joe Kadenge in Vihiga. It’s because I was attending the Shilembe of the burial of Anthony Mulima in Shinyalu. My bull, Malinya, buried him. RIP bullfighter.”  Tweeted Khalwale

Am so so sorry for missing today's burial of Joe Kadenge in Vihiga. It's because I was attending the Shilembe of the burial of Anthony Mulima in Shinyalu. My bull, Malinya, buried him. RIP bullfighter. pic.twitter.com/AISAsce2lj

Khalwale who had been a fierce critic of Ruto for a long time dumped Ford Kenya party for William Ruto’s Jubilee in 2018 saying that Ruto was the only Presidential candidate best suit to succeed President Uhuru Kenyatta in 2022.

The bullfighter who had been a staunch supporter of ODM leader Raila Odinga observed that Ruto was the only Luhya’s hope of getting into the next government in 2022. His move to support Ruto was praised and rebuked in equal measures. 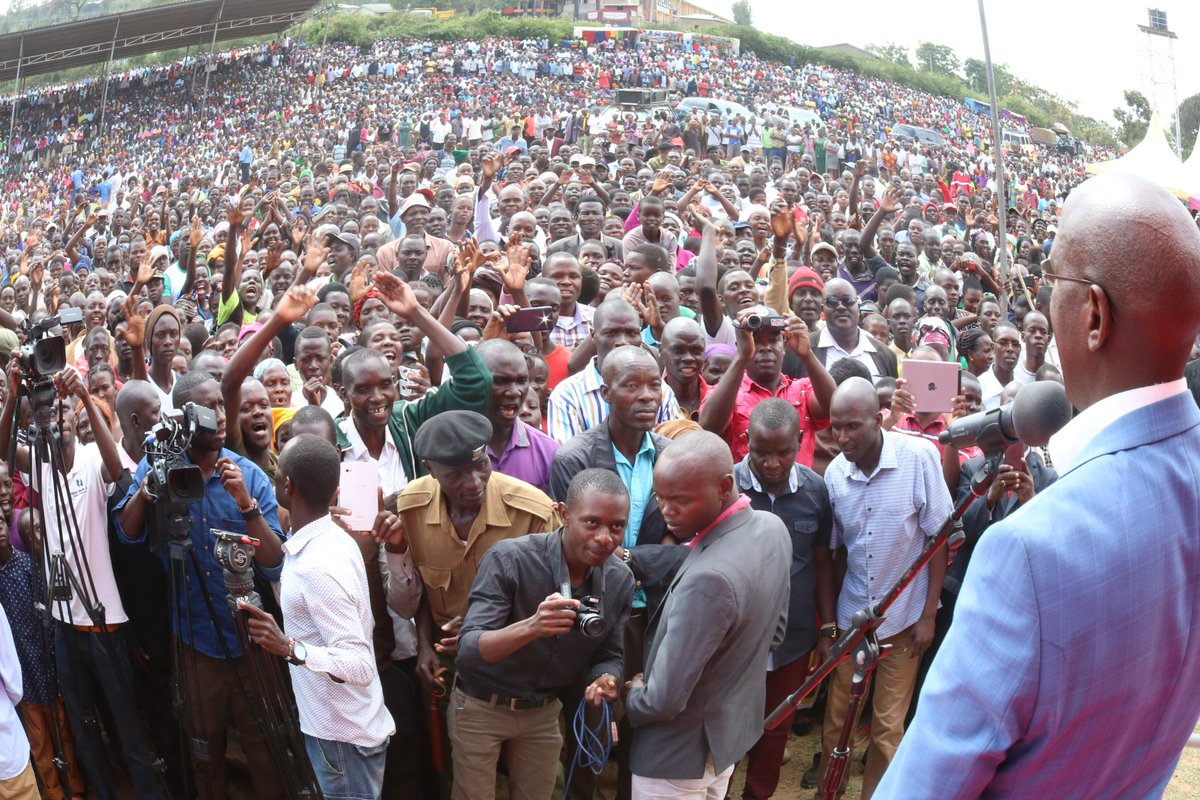