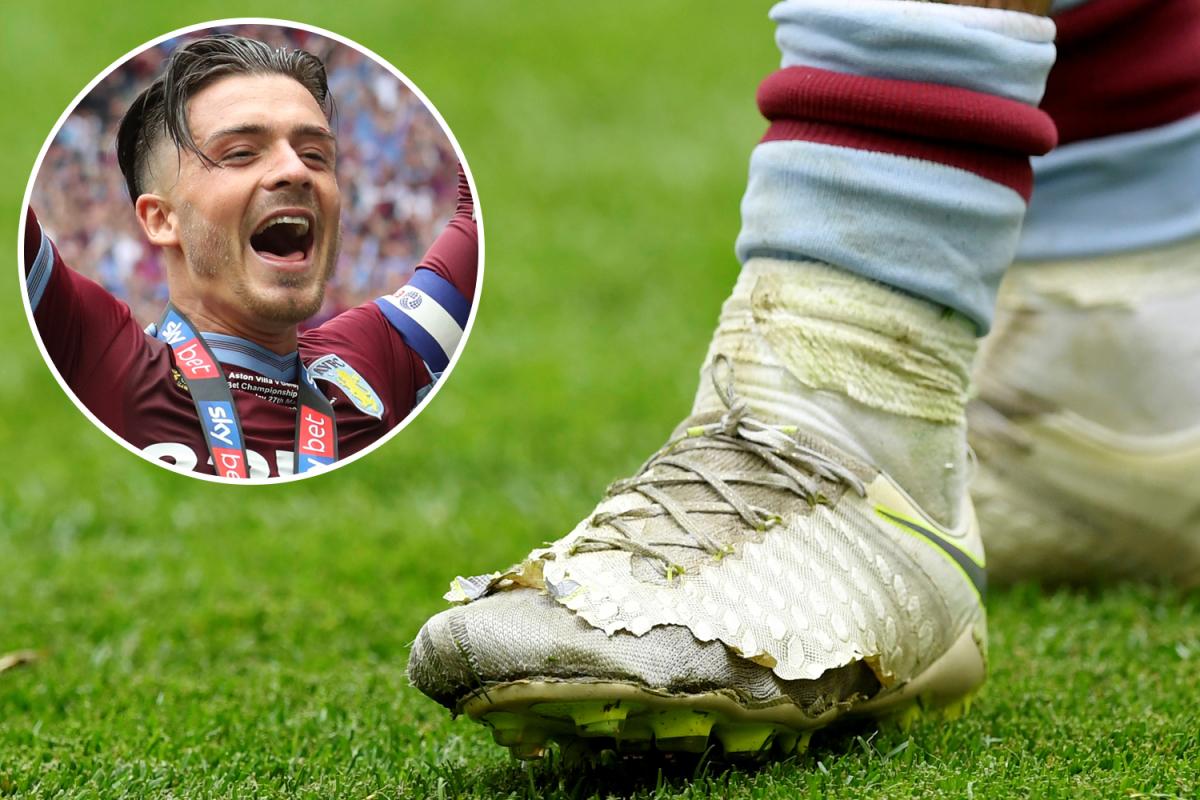 Do you remember the Aston Villa player who used to clad tattered boots in the field? Jack Grealish was the man. He claimed they were his lucky boots and said he fund them tattered after spending some time out of the game after picking an injury.

The Aston Villa captain and midfielder,  has finally unveiled his new football boots after ditching the “lucky” pair he wore in the Championship play-off final saying they helped him get promoted. 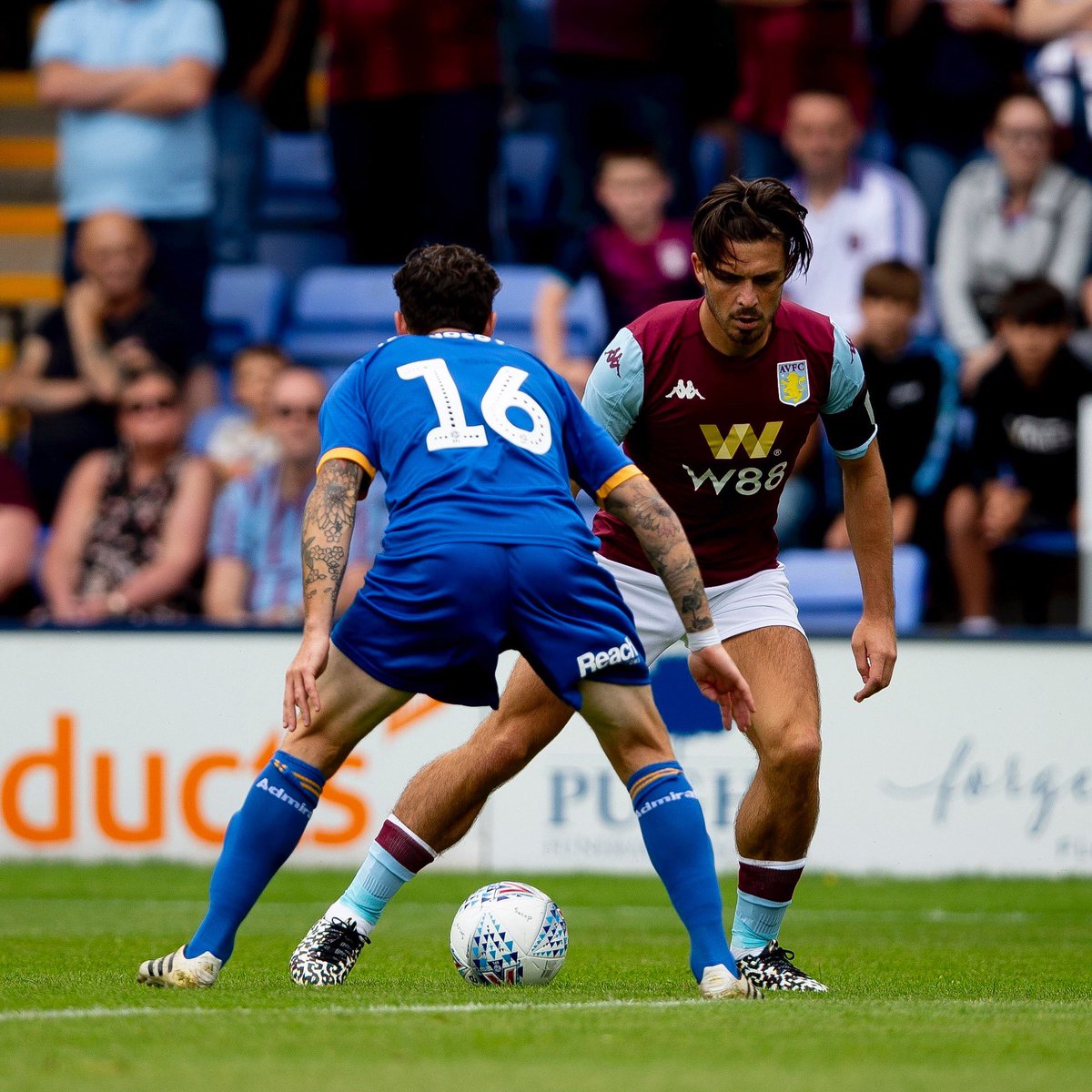 The 23-year-old captain led his team to victory over Derby in May but made just as many headlines for the battered cleats he wore at Wembley.

The English has now been pictured sporting a clean pair of Nike Tiempo’s after returning for pre-season with Dean Smith’s side and first donned the black and white patterned boots at Villa’s training camp in the USA before showcasing them on the shores.

The new pair seem to be bringing the England star the same amount of luck after he scored in the 3-0 win over Minnesota United, and featured in the 1-0 triumph over Shrewsbury Town.

Grealish was told he might need new boots for next season after stunning fans with his worse-for-wear pair following Villa’s promotion to the Premier League. 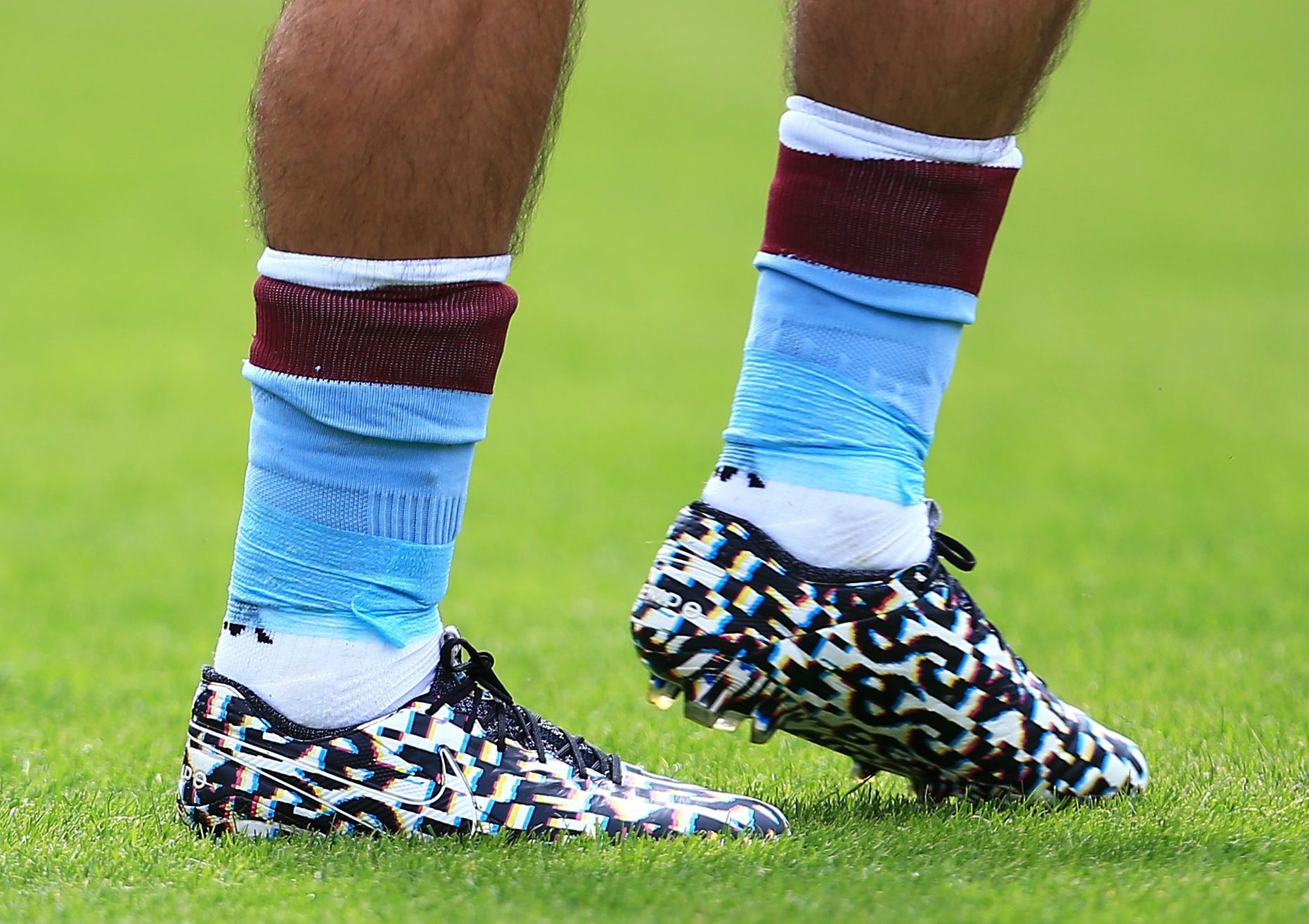 His Nikes – Hypervenom Phantom IIIs, which cost £240 new looked almost completely ruined and his toes were on the verge of completely breaking through the left boot.

Much of the outer layer was long gone with the inner sock showing but Grealish persisted with the boots after his superb run of form.