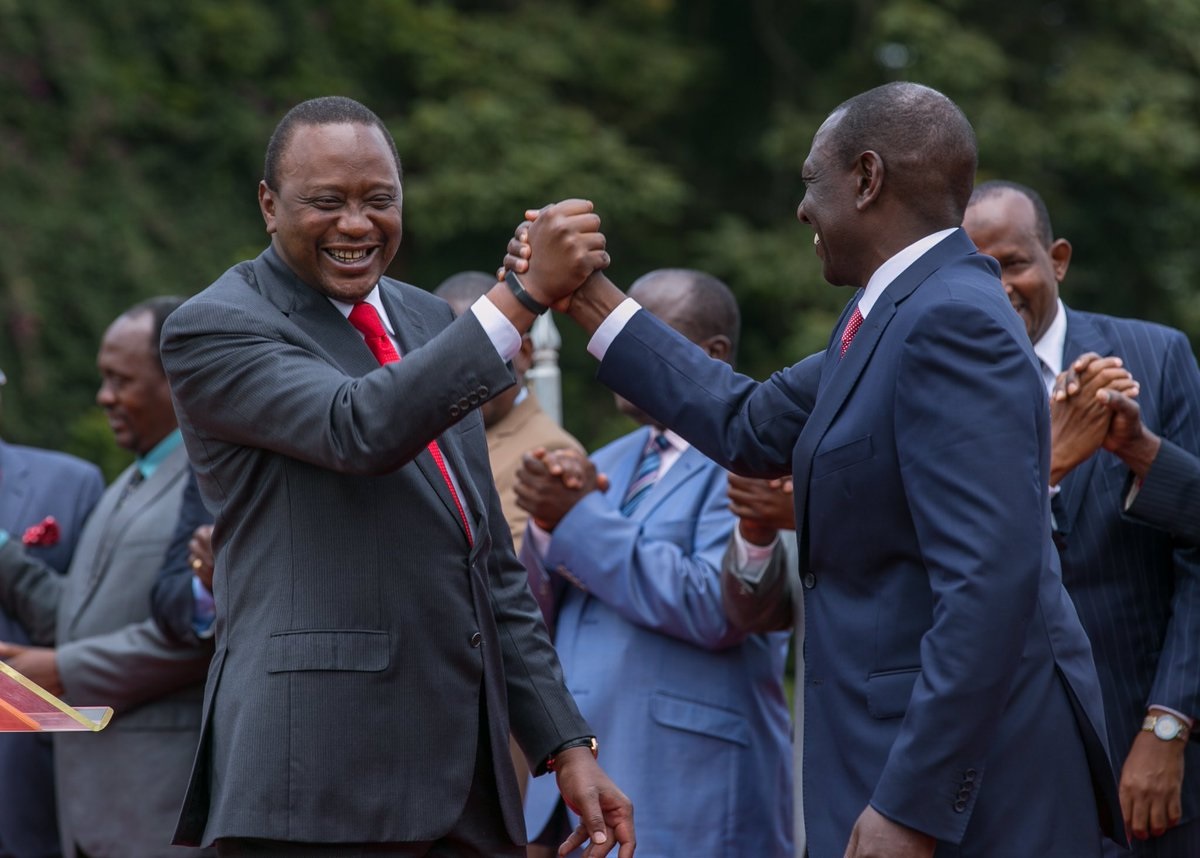 In 2013, former Ethics and Anti-Corruption Commission chairman Mumo Matemu blew the whistle against a scheme that that could cost the country millions of shillings to ghost projects.
In his list of most affected agencies were county governments.

Five years later Kenyans have taken to the social media to roast the deputy president for launching ghost projects around the country, a fact that is yet to be verified.

Kenyan netizens have accused the deputy president of the much-anticipated projects which he has been launching in different parts of the country but end up stalling.

Kenyans have been anxious to learn the reason for the slow pace of some development projects launched by Deputy President William Ruto even as his allies defend him.

Social media users posted a plaque of the alleged stalled projects some dating back to  2016 but have not taken off.

Some of the reasons why I don’t agree with #RutosGhostProjects .
1. Since Raila engaged in the handshake thing,what good has he done apart from usual failures and taking more loans.
2. Ruto never mentioned projects out of his own mind but for now it is him who takes full resp.

In Meru, @WilliamsRuto launched the construction of Thangatha dam in Tigania East in August 2018 with a promise that it will be complete in six months. Its more likely to be #RutosGhostProjects

…Wote Makueni and Kamariny in West Pokot will be complete. Chuka stadium and another one in Moyale will be complete in three months,” Ruto made another pledge in June 2017. #RutosGhostProjects

Why is it that all these MPs charged in court on corrupt deals are linked to Ruto. John Waluke, Sam Arama, Ayub Savula. Ruto should stop lying to leaders that he can offer them immunity against prosecution for theft #RutosGhostProjects

#RutosGhostProjects will NEVER define the destiny of this country as he always yaps about. Uhuru saw it wise to delegate most of the duties to Matiangi coz the chap was becoming a nuisance in launching elephant projects & relaunching them again but never stood the test of time😏 pic.twitter.com/w2QLPdPKn7