Time to catch up on all the trending stories this week. It’s been one crazy week with a lot of exciting things that have caught masses of netizens attention eliciting different reactions. Let’s jump straight into them, shall we? 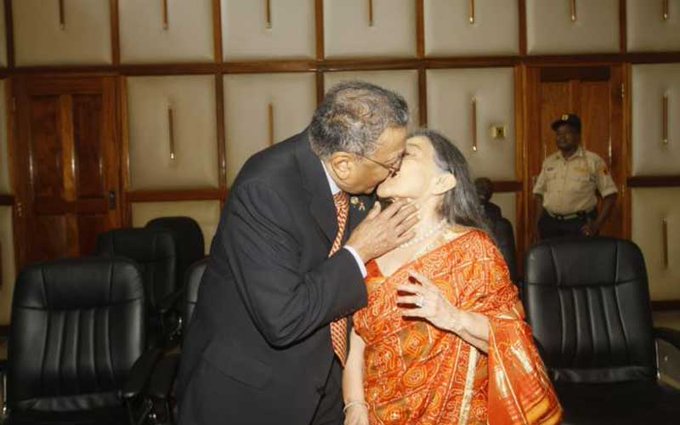 Kenyan billionaire and tycoon Manu Chandaria has finally legally tied the knot to the love of his life Aruna Chandaria after 64 years. The old couple broke the internet earlier this afternoon after a picture of them kissing made it online.

The 90 and 85-year-olds formalized their union in a Civil Marriage at the Attorney General chambers, in Nairobi, which cost them Ksh3,900 to get the marriage certificate and KOT have gone wild. Boychild is using it to justify keeping girls waiting for marriage.

Vera Sidika was a hot topic this week. Following her change of complexion back to her signature lightskin, the beauty started parading a young Tanzanian eye candy on her arm. Netizens curiosity could not be quenched and Opera News got all the juicy details on him. He is a young doctor from Tanzania who is also a bongo sensation in his home country.

Face App was trending and currently still is and Kenyans were not left behind on the madness. The app that has various features including gender swap was hot this week for its ability to predict how one will look in their old age. Celebrities shared their funny predictions, check some of them out below: 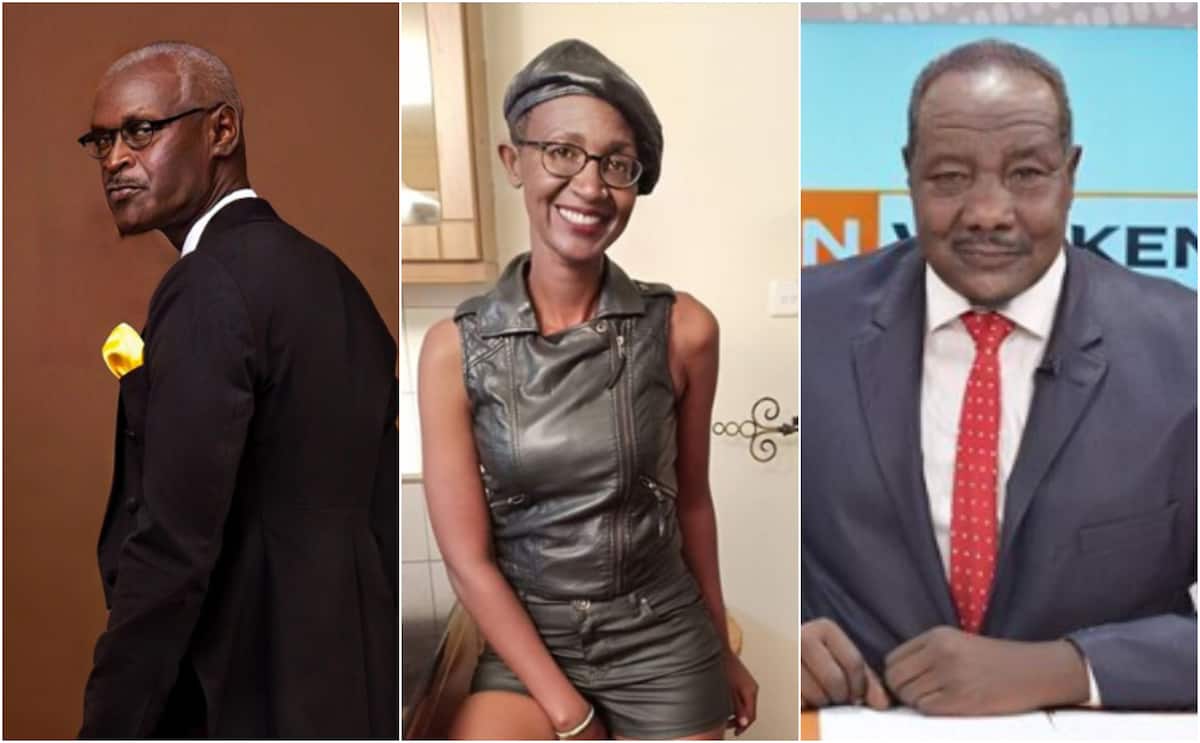 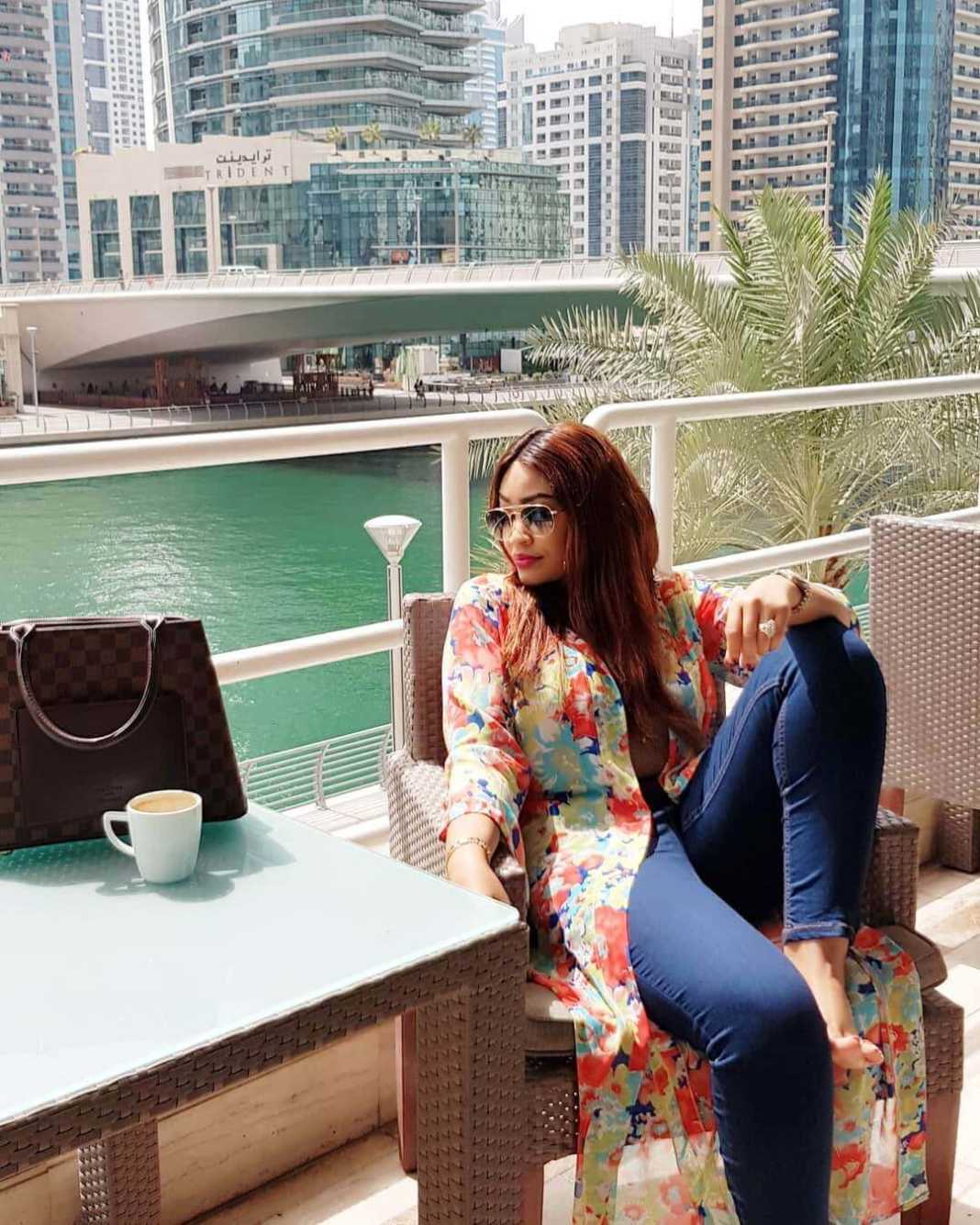 Ugandan businesswoman and Diamond Platinumz ex Zari was in the spotlight starting Thursday when her wedding was supposed to take place. The much-anticipated wedding to her mystery lover King bae has still not been publicized by the beauty who shows off every aspect of her life.

The only thing that has leaked is her gigantic ring that saw the wedding delayed for customization. It was leaked by her bestie madam boss herself, Akothee who posted it to prove naysayers wrong.

Kongole my chwity❤, please teach me how to be humble and quiet , this my noise is not helping me 🤣😂😂, I scare potential husbands 🤣😂😂, see my life ooohh , I AM proud of you my Lady Congratulations @zarithebosslady wait my visa is out soon 💃💃💃💃💃💃💃💃💃💃, the baby should wait too , mbuzi kala mkeka wambea hapa vizeee?

Her details, however, seem contradictory and netizens are speculating that King bae doesn’t exist and the wedding never happened. The fact that an interview of her on Ayo TV aired on her supposed wedding day raised many eyebrows. Akothee, however, applauded the mother of five for attaining her new mansion and ring.

Kiambu and Mombasa county Governors were trending this week for a photo that Pitt the two leaders’ bodies against each other. Joho who is also referred locally as a slay king was adorned in a dapper summer look whereas Waititu’s photo was taken after a run.

The meme spiked hilarious reactions from netizens who couldn’t hold back their roasts.

Your crush vs your boyfriend hhhhhh 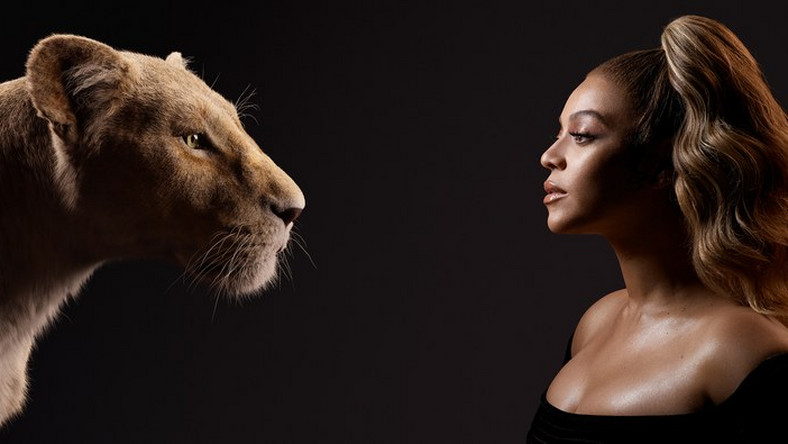 Much hype has been put on the Lion King movie premiere around the world. Coming closer home, irate Kenyans expressed their disappointment after Beyonce, who plays Nala in the movie, released an album for the movie and didn’t feature any Kenyan artists. The album titled ‘The gift’ was for  Africa with Love and has a number of African artists on especially from Nigeria. Hitmakers including Wizkid,Yemi Alade, Tekno, Mr. Eazi and Burna Boy.

Considering the film is set in Kenya, Kenyans were disappointed and some celebrities made sure to point it out including songbird Victoria Kimani.

As much as we celebrate with our fellow Africans …. The obvious exclusion of Kenyans / East Africans on this Soundtrack is Depressing…. The movie was based on KENYA 🇰🇪

IKO MATATA ☹️☹️ I think everyone by now knows that I am pro Kenyan growth in all sectors involving young people coz they are the shit, the present & have creative ideas 💡 kwanza in music 🎧 sigh, but this Lion King saga of having Nigerian artistes & I think one South African one to represent the whole of Africa ( 54 nations btw ) in that Beyoncé Lion King soundtrack is complete & utter buffoonery 😣😣 ( Beyoncé btw said it’s a love letter to Africa 😂😂 angesema a love letter to Lagos ) how can a movie based in Kenya 🇰🇪 with Kenyan 🇰🇪 words not have at least 2 major artists in it. This is crazy BS 😑😑 albeit it’s a bit late but we have to let Disney know that they fucked up and owe Kenya 🇰🇪 big time. We don’t even want an apology screw that‼️ we want actions, we need a disc 2 with akina Sauti Sol, Eric Wainaina, Atemi and a banger from Ethic or Tha Kansoul & the likes na walipwe the same as those artists in disc 1. Now if the people who “work” at Magical Kenya were not so engrossed with having a damn sticker at the premier ( YaaaY ) 😒😒😒which by now ime sha tupwa kwa takataka we would be in that track list. The music those Naija people have chucked will last forever ( na haina content 😅 ) where will that Magical Kenya sticker be in 2030?! Nkt..some Kenyan people being given a lot of responsibility but having short sightedness is very unfortunate I won’t even mention Balala a dinosaur with zero new ideas huyo hawezi hata fanya kitu relevant in 2019 we need to tag Disney, Beyoncé and all of them they know our displeasure on all platforms. As for those Naija artists I am really disappointed no one of them zero/sufuri, could have said “ummm guys we have other countries in Africa why not include others” they would literally lose nothing, they would still make their money, sometimes U need to put people on as the connection if ur there so to speak & that’s why I don’t like them nowadays I don’t even see the need for Collaborations with them they don’t even rotate Sauti Sol the biggest band in Africa huko kwao, and they have worked with them, while some Kenyans here worship them hawana pride ata ile kidogo 👎🏽👎🏽

Now you’re all caught up. Enjoy your weekend!