It is considered a strong Wiper Zone. Eastern region and Ukambani in specific overwhelmingly voted for  NASA Presidential candidate in 2017 under the guide of their leader Kalonzo Musyoka.

What stood as a promising pact between William Ruto and Jubilee leaders from the region in 2017 is, however, is threatening to crumble after his political allies in Ukambani suddenly went dead on their efforts to popularise the DP’s presidential bid in the region.

The leaders, a majority of them elected on a Jubilee party ticket in 2013 and 2017 general elections are now singing different political songs even when most of them are enjoying government appointments courtesy of DP William Ruto. 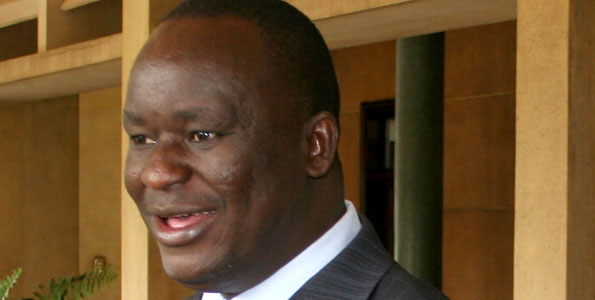 But what cultivated their slow retractions? According to sources privy to the 2017 agreements between Jubilee and the leaders, Ruto had engaged and wooed them into joining Jubilee party with the promise of rewarding them with good positions once they form the government.

Those who stood with Uhuru Kenyatta, however, complain that Ruto abandoned them upon their reelection and would snub them once they visited his Jogoo Annex office.

Once Jubilee came into power in 2018, it is alleged that the leaders who put their careers on the line to market the party but eventually lost to their Wiper counterparts were, however, dumped instead of being absorbed into the government as earlier promised by Ruto.

The bitter leaders took a swipe at the appointment of Monica Juma as Foreign Affairs cabinet secretary who they say despite having been born in Mwingi, Kitui, she is married in Murang’a and that her appointment was pushed by powerful tycoons from Mount Kenya region.

When Jubilee cabinet was unveiled in 2018, the region to the disappointments of many got only one cabinet secretary slot. This is said to have angered William Ruto’s allies who promised to teach him a lesson come 2022.

As 2022 general elections draws close and with the handshake debate still raging in the country, leaders who had earlier pledged loyalty to DP Ruto from the region  are still dead silent. The majority are said to be chickening out and are now trickling back to Wiper party.

With the realization that he has been left out, William Ruto is now busy bringing on board a new lineup as he seeks to make forays in the region.

According to insiders from DP’s office, Ruto is currently grooming Mwala MP Vincent Musyoka as his main pointman in the region after dropping Munyaka for having been a Kalonzo sympathizer.