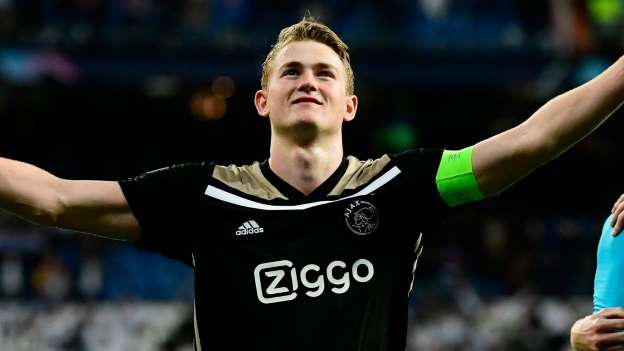 Matthijs de Ligt’s transfer saga has finally come to an end. This is after reports from Holland indicated that Ajax and Juventus have agreed on a transfer fee over the sale of the sensational defender.

Juventus have reportedly wrapped up a £63million deal to sign Ajax defender Matthijs de Ligt. According to De Telegraaf, Juventus and Ajax have this Friday reached an agreement over the fee, which they report will be £63m paid up front.

De Ligt has been one of the hottest properties this summer and has been a prospect to many big clubs like Barcelona, Paris Saint-Germain, Manchester United, Liverpool among others. Barcelona were the favourites for a long time before June when Cristiano Ronaldo triggered the player for Juve move.

Reports had earlier reported that the young Ajax captain had agreed a contract with the Italian giants, which would see him earn £10.8million per season. The amount equates to around £230,000 per week and is nearly double what Paulo Dybala currently earns in Turin, a deal that De Ligt was said to be satisfied with.

The only thing that was hindering the deal was for the two clubs to agree on a transfer fee, prompting De Ligt’s agent Mino Raiola to call on Ajax to make the deal happen.

“Agreements have been made with Matthijs and it is up to Ajax how to deal with this,” Raiola said to one publication.

It appears that Raiola’s plea has been heard and reports from Italy says that Ajax and Juventus have finally agreed on the fee. Despite interest from bigger clubs, De Ligt’s preference was always to join Juventus.