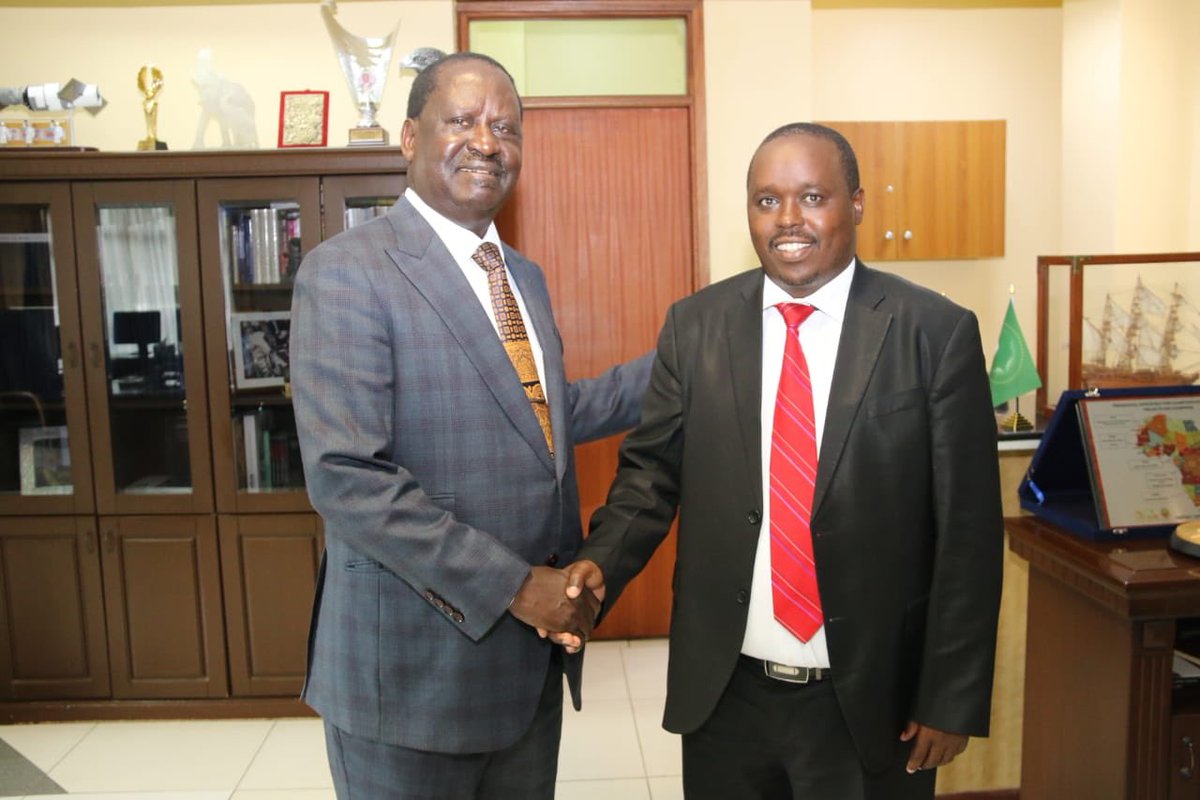 Raila’s recent meetings with a number of leaders drawn from different political divides in his Capitol Hill office has left many Kenyans wondering what the ODM boss is planning ahead of 2022 general elections.

After the March 2018 handshake between him and President Uhuru Kenyatta, Raila Odinga has held a number of meetings with leaders including those from the government side with others insinuating that Raila’s meetings have the President’s blessings.

It all started in February when Raila held a four-hour closed-door meeting with Baringo Senator Gideon Moi. Although officials close to both leaders declined to offer further details on the agenda, it was reported that 2022 succession politics took center stage.

Gideon, the heir apparent of former President Daniel arap Moi, has publicly announced he will be vying for the presidency in 2022 but Odinga is still sending mixed signals on his possible candidature.

Met with leaders from the Kalenjin community with whom we discussed issues ranging from reviving agriculture, the Building Bridges Initiative, famine in parts of the Rift Valley and how to ensure that the dams whose funds have been embezzled can be set back on track. pic.twitter.com/EZDnPZfLZA

Received a briefing from officials of the Strategic Food Reserve Trustee Fund on the food situation in the country with a particular reference to Maize. The officials were accompanied by a section of MPs from Maize producing regions in our country. pic.twitter.com/dYu44gmKUg

According to Raila, he together with the leaders had discussed the region’s peace as well as the country’s unity, adding that there was a need for Kenyans to remain united and co-exist peacefully. It was however rumoured that the leaders had travelled to Nairobi to assure Raila of their support is 2022 as well as to deliver a message from Gideon Moi.

It was only on Wednesday that Raila Odinga also hosted leaders from Taita Taveta County. According to him, the leaders had come to brief him on challenges they were experiencing. The meeting was however seen as a strategy by Raila to Solidify his coastal;l region which was threatening to shift away from him especially after William Ruto’s invasion of the region.

Received a delegation from the county government of Taita Taveta led by their Governor @Sambojagranton who briefed me on challenges they are experiencing. I urged them to embrace dialogue with the county assembly so that service delivery to residents of the county is not hampered pic.twitter.com/xLwQdGgr7g

Even before the dust settles on the Taita Taveta’s delegation visit, Raila was again busy hosting Elgeyo Marakwet governor Alex Tolgos who also visited him on Wednesday. It was, however, Tolgos’ visit that raised eyebrows on what was going between the two after Tolgos also hosted Raila in Marakwet West a week ago.

Many suspected there is a political game being played by the two especially after Tolgos who announced in May that he had disassociated himself with William Ruto’s Tanga-tanga embraced Gideon Moi who is seen as a possible running mate for Raila Odinga in 2022.

While it’s not clear what they talked about, Mr. Tolgos has been keen to expand his networks outside Elgeyo-Marakwet County given that he’s set to retire in 2022.

“If the DP is relying on Tanga Tanga to deliver him the presidency in 2022 I am sorry to say it might be difficult for that to happen. Those in that team are always insulting everyone, from Raila to Gideon and anyone else including me,” said Tolgos in May when he made his exit announcement.

His meeting with Raila Odinga at Capitol Hill was however rubbished as useless by a section of William Ruto’s supporters who insisted that Tolgos will not make any impact in 2022.