Speaking on Sunday at Sinonin Primary school in Eldama Ravine, Baringo County, when he attended a Sunday service-cum-fundraiser, Dr. Ruto warned those castigating his office saying that he was duly elected with President Uhuru Kenyatta as the Deputy President hence should be given time to serve the nation as he fully understood his mandates.

Ruto was indirectly responding to the former Prime Minister Raila Odinga together with his ODM camp who have been so vocal against the DP accusing him of derailing President Uhuru’s Big 4 Agenda through his early campaigns.

ODM leaders led by James, Suba MP John Mbadi and the party’s General secretary Edwin Sifuna have been on the forefront calling for William Ruto’s resignation as the DP saying that Ruto had failed in his mandate to deliver as the Deputy President.

Ruto told them off saying that those questioning his loyalty and how he has been operating in Government do not understand his roles well since they were only used to Vice President’s roles before the passing of the 2010 new constitution. 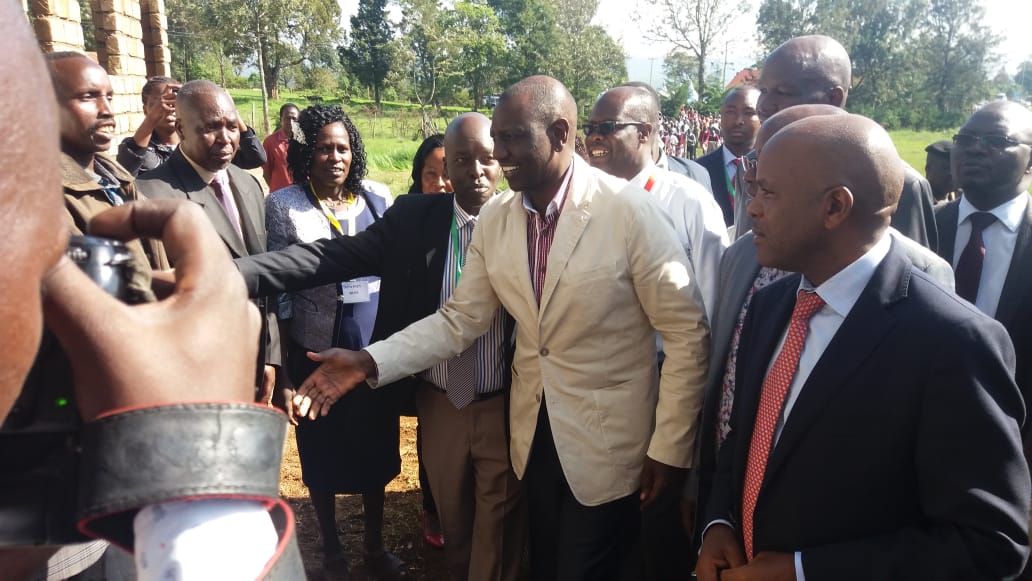 Ruto said that there were those leaders who had been paid to bring Jubilee party to its kneels before 2022 and they were always working so har4d to make the Jubilee Party look like it is in a crisis.

The DP added that it was hard to separate the politicians from politicking since that was the reason they were elected to political seats. He added that they will ensure that 2022 politics are done in line with developments for the benefits of Kenyans.

Ruto used the tour to launch the construction of Chemususu Water Supply Project in Eldama  Ravine town that seeks to address water shortage in the region and later opened a multipurpose hall at Eldama Ravine Girls Secondary School.