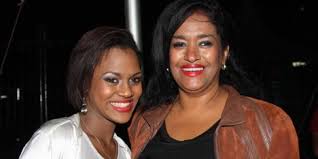 Sometimes we meet someone who looks so similar to another person we know of, only to learn that the two are not related at all.

Sauti Sol’s Bien Aime and the US based J.B Smoove.They are not even from the same continent and one could confuse them to twins.

Lillian Muli and Charity Kimani might be both Kenyans but are no where related whatsoever..

In Kenya, there are a few celebrities or well-known personalities who too have their look-alike, some looking like brothers and others sisters. In 2019 however alot of look a-likes have come out in the social media to express theirjoy of resemblance to their icons or even celebrities This was unbelievable to find celebrity look alikes.

Tanzanian Gospel Singer,Christine Shusho and Kenyan Actress Catherine Kamau:They look so much alike and its only that they are from different countries ,one would seriously mistake them of being siblings.

Peter Kenneth and Phillip Murgor look so much alike!One is a politician and the other a Lawyer.They are from different ethnic communities and one would confuse them to brothers