ODM leader Raila Odinga was on Thursday conspicuously missing from the late Safaricom CEO Bob Collymore’s memorial service and instead opting for the lakeside city of Kisumu to tour the Port of Kisumu ahead of August opening.

President Uhuru Kenyatta led a number of guests together with top government officials who streamed in for Bob Collymore’s memorial at All Saints Cathedral, Nairobi, in a service that started at 9 am in the morning.

Raila Odinga who was also expected to attend the service together with his colleagues was instead kilometers away in the lakeside region inspecting Kisumu port which is undergoing renovations.

Odinga, who is the Africa Union special envoy for Infrastructure made an impromptu visit to the port accompanied by a few local leaders ahead of its official opening in a one month’s time an event that President Uhuru  Kenyatta is expected to grace.

Five other regional presidents will also be expected for the launch of the port that is expected to ease business and revive the blue economy. 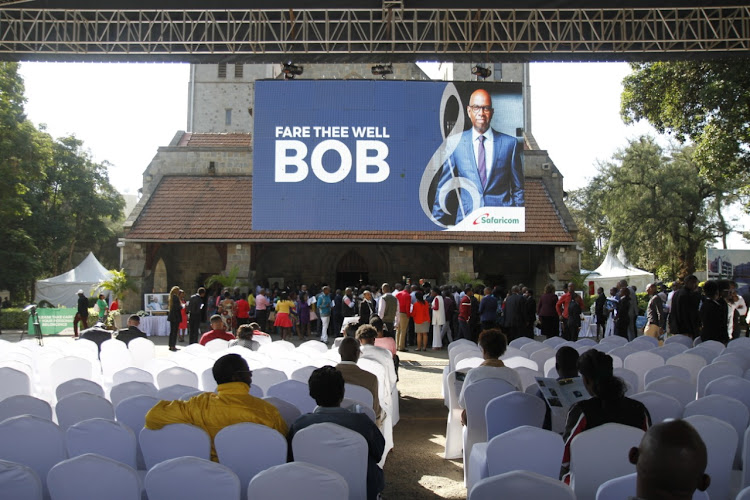 It was, however, Raila’s absence at the service that send some tongues wagging and guessing what might have transpired that made the ODM boss who led a massive resistance against Safaricom’s product in 2018 miss the event.

Some of the Kenyans suspected Raila’s past cold relationships with Safaricom company saying that this could have forced the former Premier to skip the function. Others maintained that Raila’s absence from the venue had nothing to do with the 2018 Safaricom products abstaining saying Raila was on an official duty getting things ready ahead of the port’s official opening in August.

Those who spoke at the memorial services eulogizing the late Bob Collymore as a great man who impacted on the lives of many Kenyans through is outgoing personality and love for the less fortunate in the society.

Collymore died on Monday at his home in Nairobi after a long battle with leukemia cancer. His body was cremated on a day later at the Kariakor crematorium in a private ceremony that was only restricted to his family members and some guests.