President Uhuru Kenyatta’s succession battle is escalating to worse scenarios with a section of Members of Parliament now summoning the Directorate of Criminal Investigations (DCI) to probe the Deputy President William Ruto over the allegations that linked four Cabinet Secretaries to a secret plot to eliminate the DP.

A section of 20 MPs has summoned Ruto to make an apology for the confusions, mistrust, and anxiety that the fake murder plot has caused the country.

They went on demand probing of Ruto by the DCI in efforts to calm political temperatures arguing that Ruto could have been aware of the fake letter and that is why he refused to record a statement with the DCI.

”Ruto should be probed. Kenyans need to know whether his refusal to write that statement was because he knew that the letter on which these allegations were made were based, was fake,” read part of the statement.

The MPs has summoned the DP to take the personal responsibility for the fear that the allegations and concerns that the fake murder plot has caused the country, the mistrust, and divisions that they have caused. 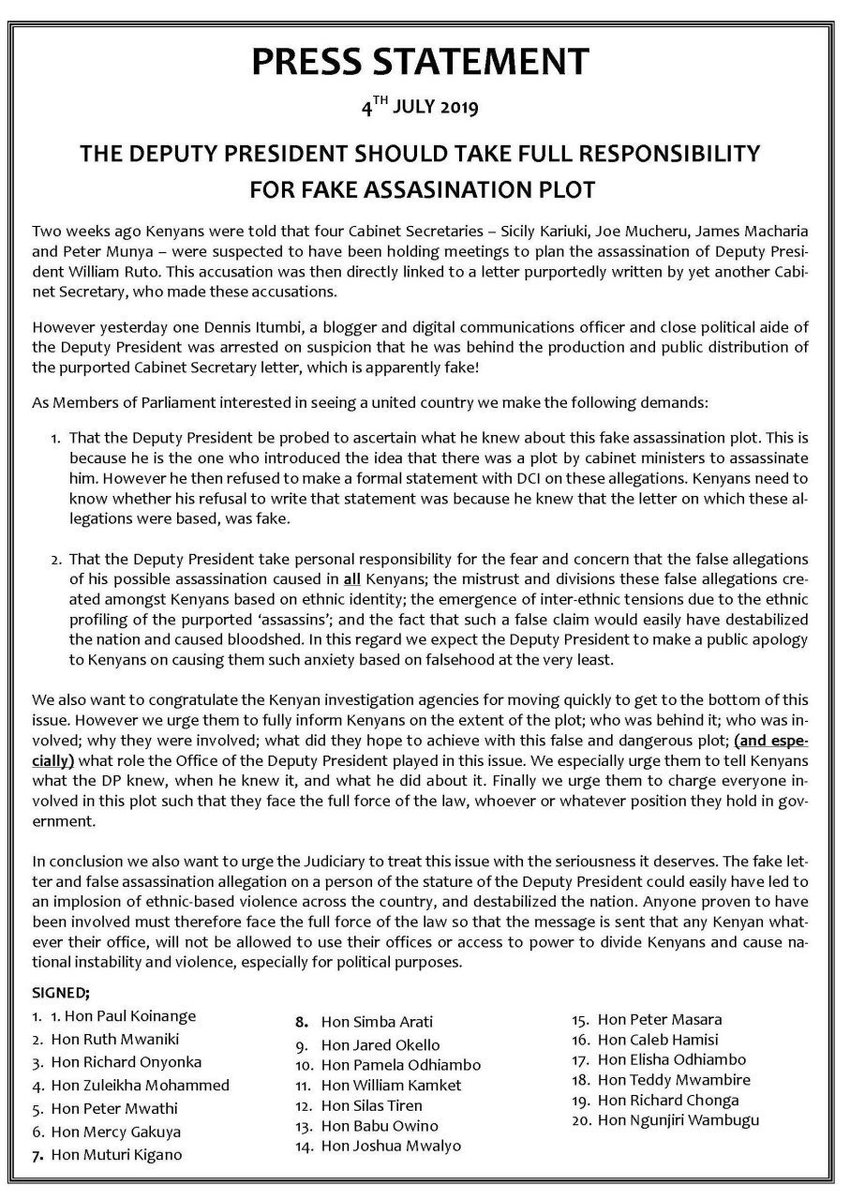 Trade and Industrialization Cabinet Secretary Peter Munya who was first to complain over the alleged plot, accused Ruto of linking him to the plot without proper investigations.

“We want to confirm we have been having meetings. Indeed, we had a meeting in La Mada and we will continue having meetings because under the Constitution of Kenya, there is freedom of assembly and expression,” Munya.