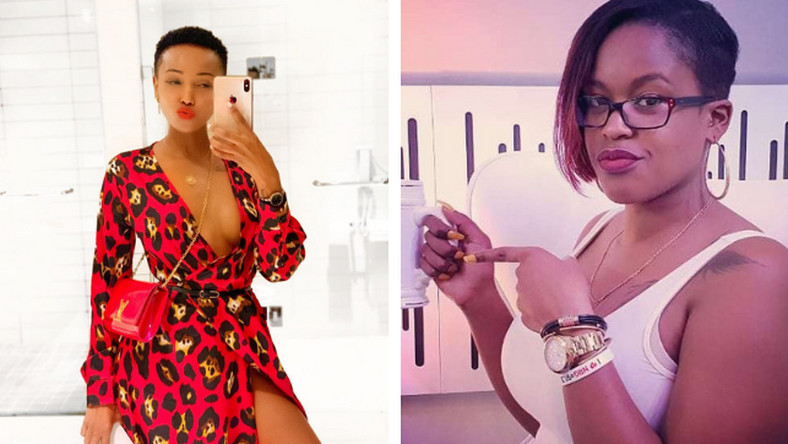 Media personality Kamene Goro is deep in the trenches with lawsuits and bad press and the toll all of it is taking on her are slowly but surely starting to show on the surface.

The ex NRG Radio morning show presenter is said to have gotten poached by Kiss 100 but the move has been crippled with challenges all through. Now she is being sued by her previous employer and it must really be getting to her as the respected radio presenter is now letting her mouth run wild, throwing caution to the wind. 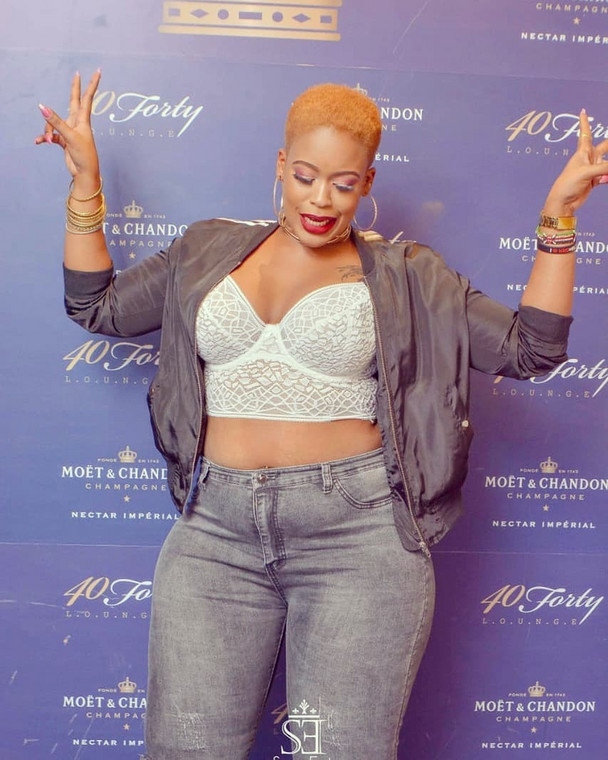 In a leaked video that is making rounds on social media, Kamene is seen in the company of Andy Kibe her co-host and a mystery cameraman. She is not shy when she uses profane words to describe what she imagines to be Huddah’s only profession. 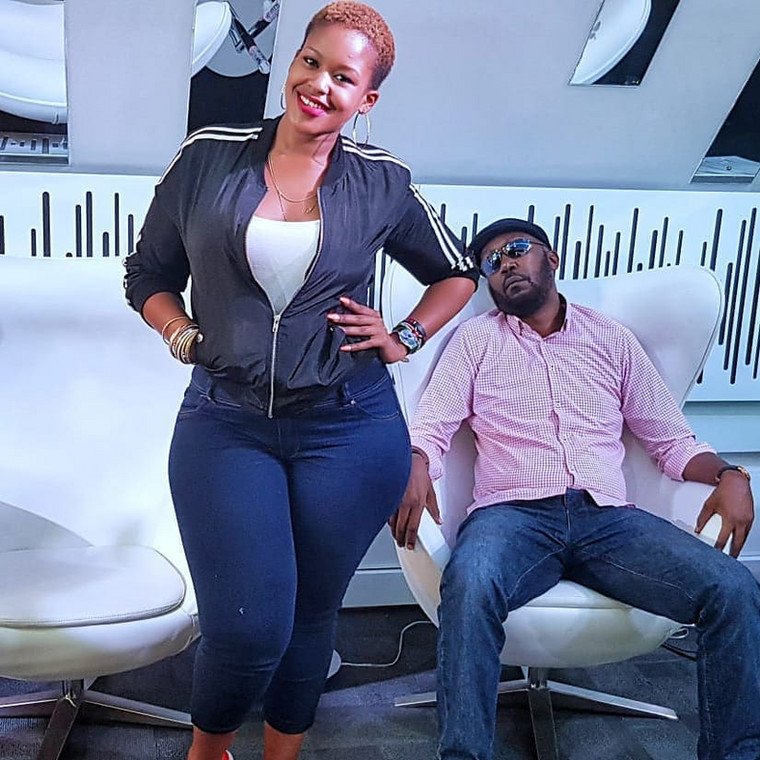 In the video, she compares Huddah’s English to that of a class three student, approximately 8 years old. To add on top of the abuse, she says that the only thing Huddah sells is ‘puddesh’ which is vagina/pussy in slang. She even refers to the transaction as p-coin, like cryptocurrency. 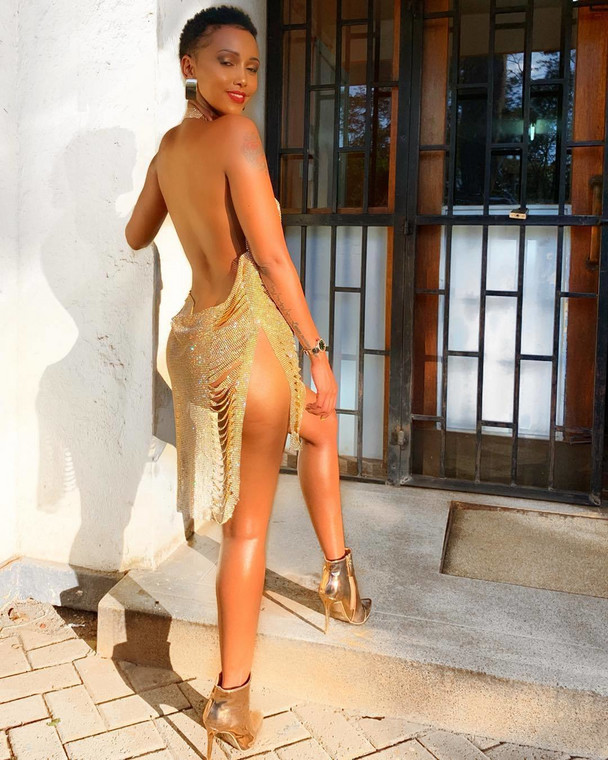 Her co-host only serves to hype her up but doesn’t really engage. Check out the video below;

This move has led netizens into thinking that Kamene must have something against the popular businesswoman as this isn’t Kamene’s first jab at her.

Earlier this year, Huddah came up with the slogan ‘Funga Duka’ and advocated for women to stop giving men any sexual favors or giving it up. As Huddah continued championing the agenda, Kamene was among the first to call her out on the supposed ‘hypocrisy’. According to Kamene it was unfair of Huddah to ask women not to give up sex when it was what made Huddah so successful in the first place. 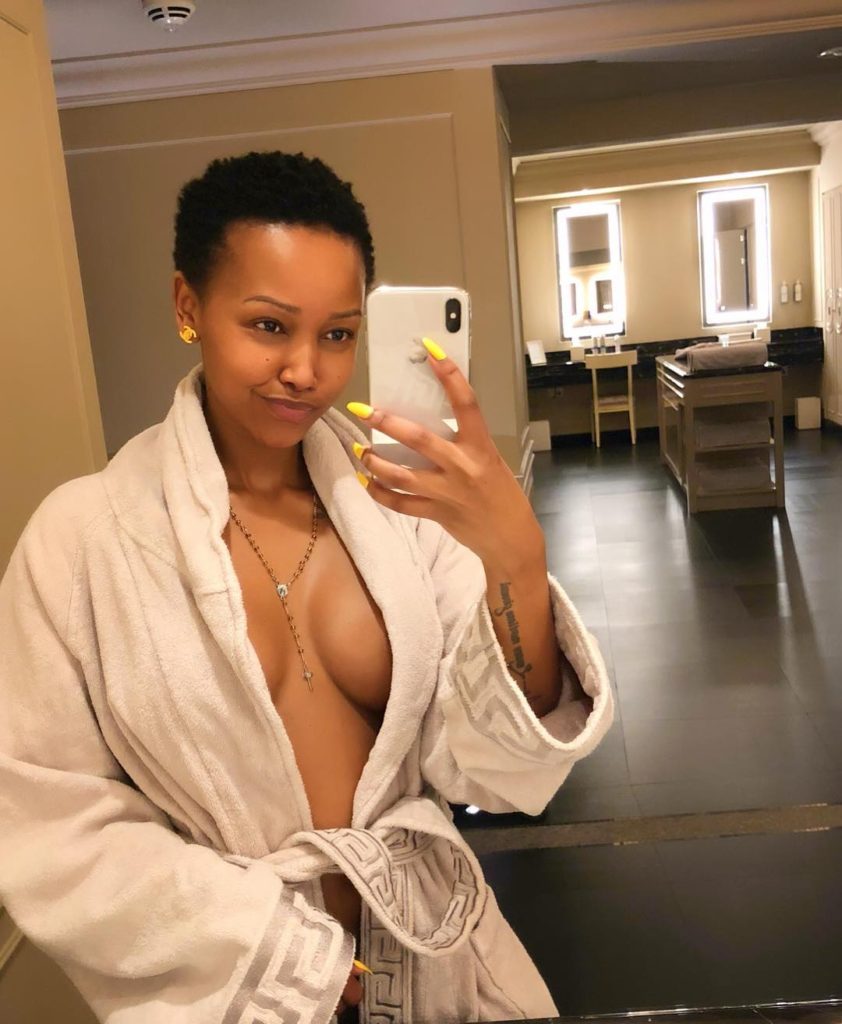 Through Insta-stories, Ms. Goro bashed Huddah, stating that she was pretending to have sworn off sex in a bid to teach philandering men a lesson.

So while I was away, I hear there was something called “Funga Duka” that was began, so Huddah Monroe has decided to go on a nationwide campaign telling ladies to Funga their duka to the boy child. Huddah is going to tell you that, that is her business. This babe has bought a car, house, built an enterprise from her duka, now she is the one going to tell you that, ati the campaign is called what? Huddah? That’s who you guys are listening to?” Said Kamene Goro.

Kamene hasn’t made it easy on herself with this latest stunt as many of her fans have been shaken by her actions. Some have called her out for pointing fingers at Huddah when she herself has a huge clog in her own eye. By this, many referred to the time she revealed that she had slept with 27 men in her short 25 years on earth. No one truly knows what the number is now but the whole thing made many question her morals.

Huddah doesn’t just bark, her bite can be lethal, just like Akothee but the beauty has chosen to take the high road. On what can be termed as a response to Kamene, Huddah has taken to her Instagram to address the things Kamene said in the classiest way possible. She said,

The move has made her public enemy number one with many netizens bashing her seemingly jealous rant that was uncalled for. Check out reactions from Kenyans:

Evans Quria Jr. is she the same kamene who confessed on air the other day about being romboswaing by 27 d1cks ruffly by the age of 25 🤔🤔🤔🤔

Evans Mulangilu No wonder they are being sued by the immediate former employer….

Chuck Delly This is being petty. I like Kamene so much but on this she’s meddling on the life of Huddah. Everyone has their hustle! She should leave Huddah alone.

Hope Its a “P” coin like it has some pudesh stamped on it. A girl got to pay her bills yooh!

Tony Smojo Almeida Has Huddah borrowed anyone’s “pudesh ” when she is “working “to buy her Range Rover or house in Kile?

Lorraine Benson La-croy But why are people getting worked up? They are both getting money working differently 🤷🤷🤷🤷. Just that the offices are different, and money comes in differently.

Actress Olivia Cheruto This is how jealous pple feel when they know u are successful ….my friends ama ata ni enemies find what to do si kuongelea watu

Kate Karina Well a lady who thinks a fella lady doing well is into pussy business is a low thinker.. gal you got your own who stopped you from selling it if it can change your life.. 😂 I mean at least you will have something meaningful out of it rather than sitting on it while gossiping 🤪

Jann Uria Murathime Issa Last step into becoming a fully fledged witch.. #jelousy, kindly note I am not a Huddah fan but I let people be, who made people judges?

Felix M Mogoa Sometimes we just need to thank developers of filter apps. Is this the Kamene Goro I have been dying for without a filter? Why are girls poisonous when it comes to their fellow girls.? Haki sio mimi naongea, nimetumwa na Mc Flex .

Changwony Chavez It is uncalled for to talk badly of a fellow woman…Huddah is still bae and by the way Kamene you said your body count is 20…kwani unapeana bure? 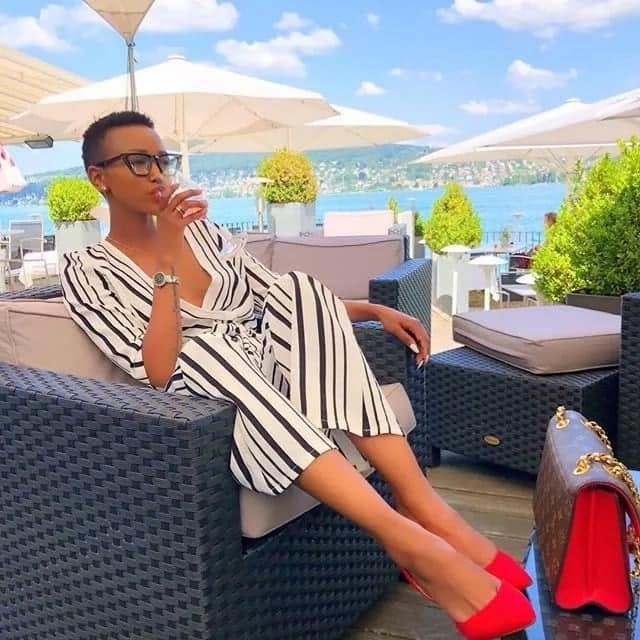 Qui Wan Wewe na hiyo body count yote umepata nini…nkt..always hating on another woman coz she’s doing better than you.let Huddah be we love her just the way she is.we are in no position to judge anyone.

Layla Johns She tries so much to be a man.
Grow some balls or rather a cock🤷‍♂️🤷‍♂️
Tukutane Chamaa Look WHO is ratting ako mpaka na mashillingi kwa kichwa 😅😇😇😅🤣🤣Need sigiriri dawa ya mende herbals 😂 pudesh yake 27 dk kwenye beat pliz

Peter Pinchez Kamene before we talk about huddah kindly explain to me how do u wipe ur ass?!🤔
Peter Nthigah This is how people become witches, why get bothered by other people dealings, whether they sell their pussies or not maybe yours can fetch enough so stick to what you do and shut up