Former Gor Mahia midfielder Victor Ali Abondo could be on his way back to the club for a third stint after he was pictured training with the Kenyan champions on Tuesday.

The central midfielder is currently club-less after parting ways with South African side, Bloemfontein Celtic early this year.

Teargas as he is famously referred to first played for Gor Mahia between 2011 and 2013 when he moved to the club from Tusker. After two seasons with the Kenyan champions, he returned to Tusker FC before returning to K’Ogalo in 2015. 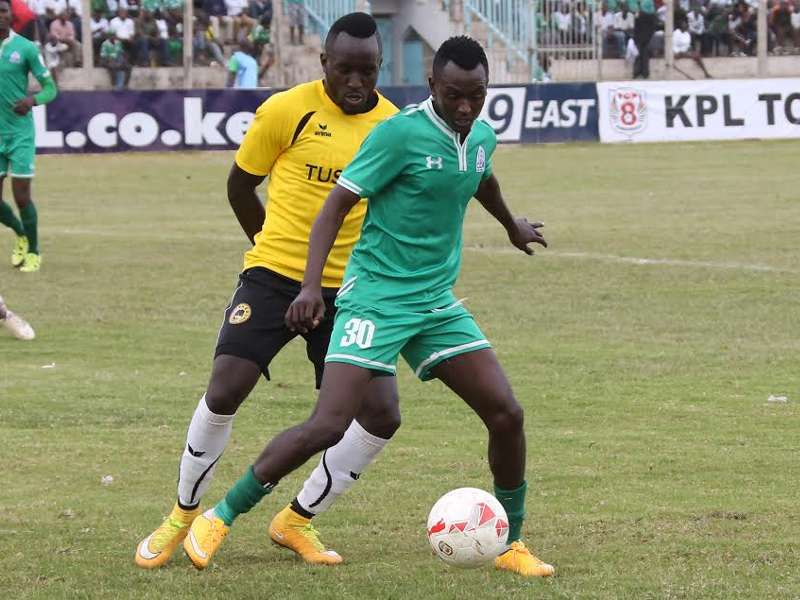 After one season with Gor, he once again left and joined South African side, Ajax Cape Town before he moved to Celtic.

He is back in the country and in March was he was linked with a move to Gor’s arch rivals AFC Leopards but a move fell through.

On Tuesday he was pictured training with the Kenyan Premier League champions and in a cryptic tweet, the club hinted that the 29-year old could be moving back to the club ahead of 2019/20 season that kicks off in August.

We are at Camp Toyoyo and guess who is here.. More news to follow.. Keep it #Sirkal. pic.twitter.com/SwBgIikmof

Abondo earned the Alias Teargas in 2013 during the Mashemeji derby between Gor Mahia and AFC Leopards. He was dismissed for a dangerous tackle on Leopards defender Amon Muchiri and what ensued thereafter was running battles between stone-pelting fans and police who threw loads of teargas at fans.