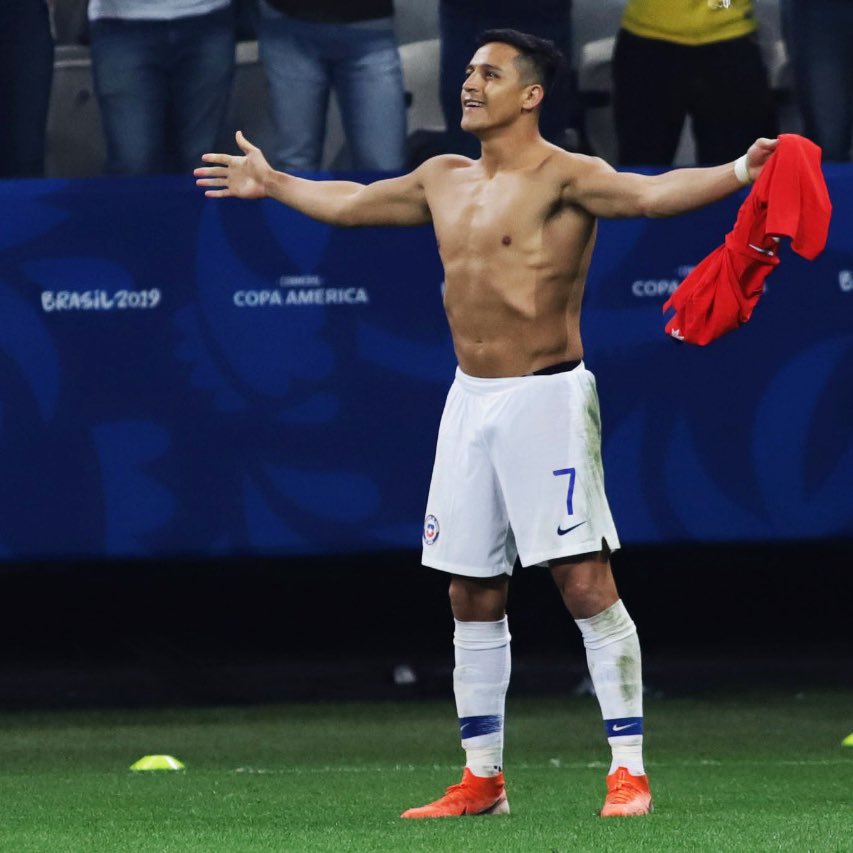 Manchester United winger Alexis Sanchez has hit back at his critics  after leading Chile to the semi-finals of the ongoing Copa America in penalty shootouts.

The former Arsenal forward fired his country, Chile into the last four by netting the winning penalty in a shootout against Colombia on Saturday after the match ended in a draw. 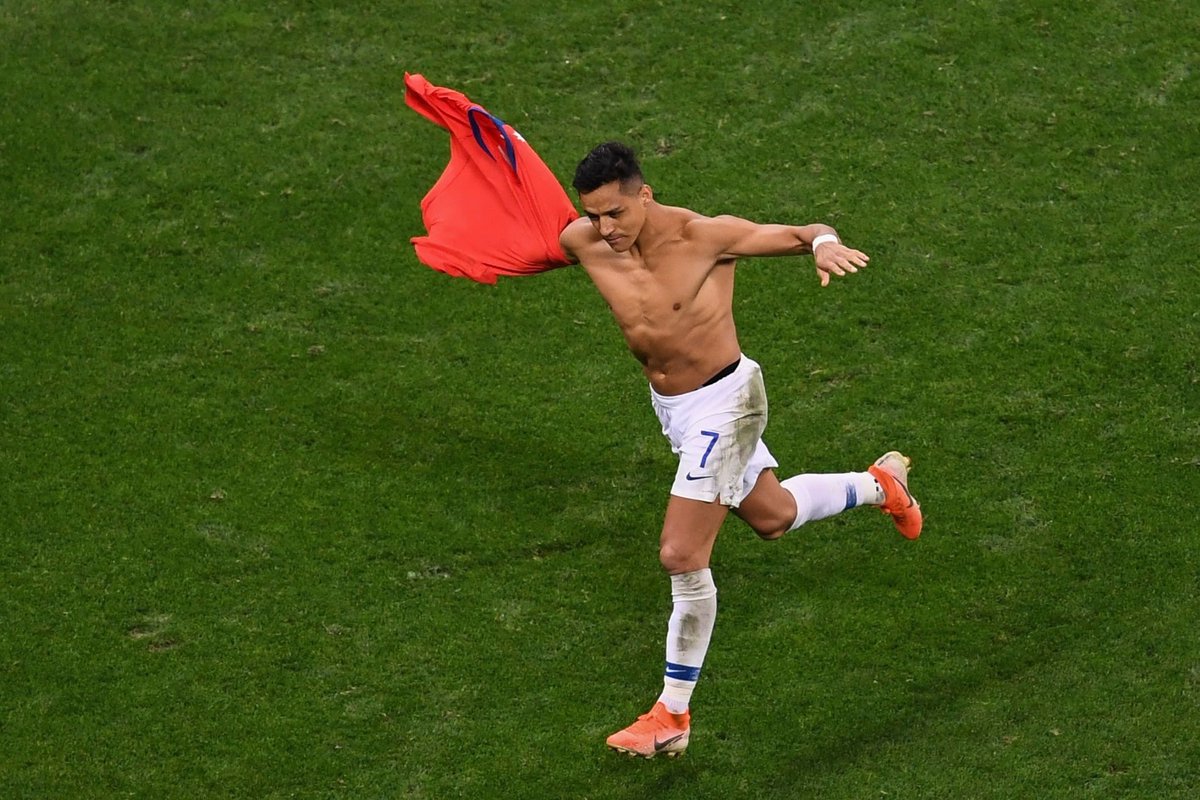 The 30-year-old has been the standout performer for his country at this summer’s Copa America and is the joint top scorer in the competition with two goals coming out quick to hit out at his doubters on social media after Saturday’s crucial victory.

He posted a photo of him celebrating without a shirt after his goal set Chile up for a Copa America semi-finals clash against Peru and wrote: ‘They profited, they healed, they talked ‘s**t about me. And I stayed quiet.

‘They slandered, they even locked in on me, but there is a judge up above (there is one up there).’

Imagine if Alexis Sanchez came back from the #CopaAmerica transformed back into the Sanchez of 2016/17 🔥🔥#MUFC pic.twitter.com/a046tkprwn