Barely five months after his dramatic exit from Jubilee as the Party vice chairman, party records shows that David Murathe is still the party’s Vice chairman despite publicly declaring that he had resigned.

According to the latest report by Auditor General Edward Ouko which was carried out in a move to determine the total amount of money each party was allocated after the 2017 general elections, records from the Jubilee party show that Murathe was still in charge of the party’s vice chair post. 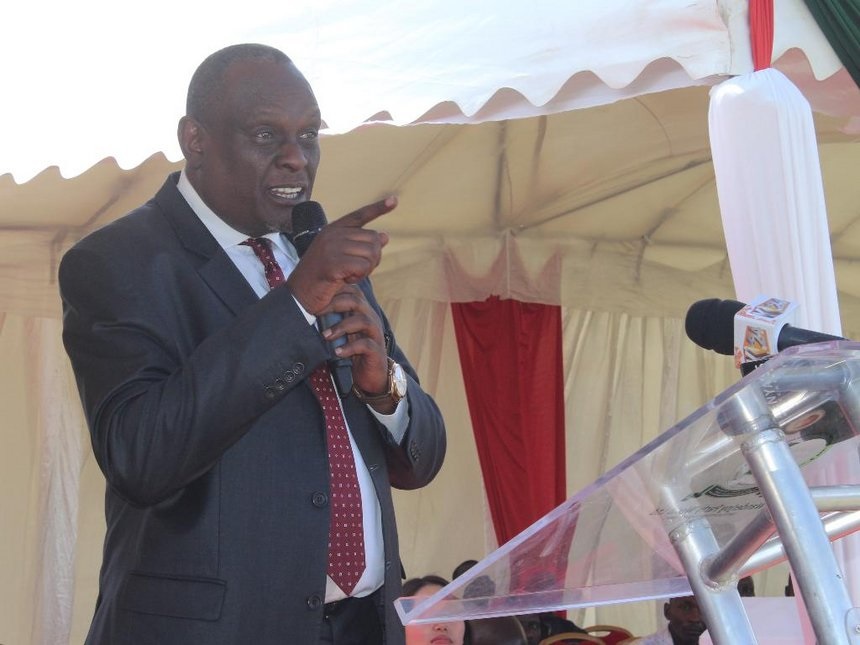 David Murathe had announced his resignations from the party in January 2019 after going on an all-out assault on Deputy President William Ruto’s presidential ambitions. This was after an uproar from a section of leaders allied to William Ruto calling for his resignation.

After days of tension in the party, Murathe decided to quit saying his position at Jubilee was no longer tenable.

“I now find that it is no longer tenable to stay on as the party vice-chairman. There is no way I am going to sit in the same NEC with someone who feels I am out to block him from ascending to the presidency. I have quit my position,” said Murathe in January while announcing his resignation.

Murathe, who is a close friend of President Uhuru Kenyatta and ex-Gatanga MP, has been so vocal against William Ruto’s 2022 ambitions maintaining that Ruto is not eligible to run for president because his fate is constitutionally intertwined with the President’s.

He had threatened to move to court to seek the Judicial’s interpretation of the constitution which states that the President can only serve for two terms in office. According to Murathe, Deputy President’s office is part of the presidency since the two are elected at the same time hence their respective terms should also end at the end of their second term in office.

If for whatever reason the president is not able to carry out his functions, who becomes the president? Can the President sack the DP? Can he? So in essence, if he automatically becomes President without going for the mandate of the voter, it means he is still riding on the very first mandate they were given as a pair. Then that is why he can’t run again…” observed Murathe.

Recent reports indicating that Murathe still holds the post despite resigning is expected to deepen cracks in the ruling party which is currently fighting for its survivals beyond 2022 after a series of disagreements and blame games between its members.

This comes at a time William Ruto’s brigade is also calling for the resignation of the party’s general secretary  Raphael Tuju who according to them, is working with their enemies to jeopardize William Ruto’s 2022 ambitions.

The leaders have vowed to continue billing pressure on Tuju to resign over what thy allegedly as fueling division within the ruling party. The legislators cited an audio clip doing rounds on social media, featuring voices suspected to be those of Tuju and Kiambu politician George Nyanja.

From the audio Tuju is allegedly accused of fixing William Ruto in the 2007-2008 Kiambaa church massacre accusing him of going round dishing out cash to other churches while ignoring the Kiambaa church which was razed down by alleged Ruto’s goons.