Controversial gospel artist Ringtone Apoko finally got a wife after giving netizens headaches this past month.

To the surprise of many, the self-proclaimed moral cop who is known to call out local gospel artists like Willy Paul and Bahati for their choice in women, chose the most unexpected wife. 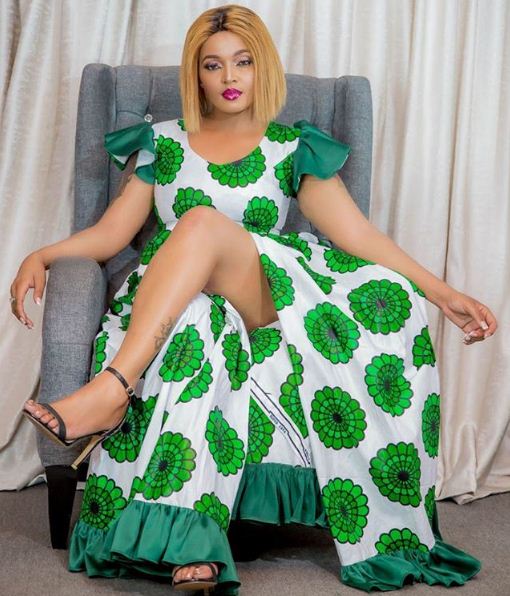 The gospel artist dropped his most unexpected jam yet, proving that the whole ‘looking for a wife’ campaign was just a publicity stunt leading up to the song. In the song, the artist features and marries Tanzanian actress Jackline Wolper. The stunt has caught many by surprise considering the beauty’s past.

For starters, Jackline Wolper is Bongo musician Harmonize’s ex-girlfriend. Their break up was as a result of cheating allegations an rumors that flooded their relationship. There was nothing pretty about their very public and nasty break. According to Wolper, Harmonize cheated on her with his current Italian fiancee Sarah.

Harmonize got mad at some outrageous allegations and released a list of men Wolper has been with in the past.

To think this is the woman Ringtone has chosen to spend the rest of his life with is crazy.

Kenyans have noticed this and have thrown some shade online making the two trend under hashtag #RingtoneWedsWolper.

Check out netizens hilarious reactions below:

We want to believe that this lady will be praying 8 hours a day #RingtoneWedsWolper pic.twitter.com/FejunOWcBl

Haha Msitudanganye banae .Wolper and Ringtone have been dating for 3 years #RingtoneWedsWolper

@Tanzanian fashion stylist and actress Jacqueline Wolper, has made the decision to marry Ringtone. #RingtoneWedsWolper pic.twitter.com/AN3JkoeUaF

Ringtone Trying To Pull a Willy Paul During the Alaine Days. There is No Way Ringtone Can Marry Wolper, Not in his Lifetime.He Should Wait on Pamela. This is Just Publicity For A Song. #RingtoneWedsWolper

Wolper is a tanzanian version of wakina very sidika, Hudda monroe who usese the crack between their thighs to ammass wealth. Idiot weds an idiot, what a perfect combo!#RingtoneWedsWolper

"All my life I pray for someone like you & I thank God I finally found you.."#RingtoneWedsWolper pic.twitter.com/hRGNYb1Mpb

These are snapshots from Apoko's nxt song where Wolper is a vixen.
Our musicians need better people to handle their PR.
The same Apoko that's been lecturing Willy Paul on standards has realised that tge bible does not pay bills but the Godgiven talent does.#RingtoneWedsWolper pic.twitter.com/9afUuiR59H

Not even close relatives were invited to the wedding? #RingtoneWedsWolper pic.twitter.com/Ss5CNpl3Uy

Guerilla marketing is where a brand does something crazy on public to attract the attention of their potential clients. Of which Rington did get our attention. #RingtoneWedsWolper pic.twitter.com/nAknbHdQR0

Is this the lady who was once in a relationship with Harmonize? #RingtoneWedsWolper

Check out the brand new song that has garnered only 1,000 views since its release yesterday.