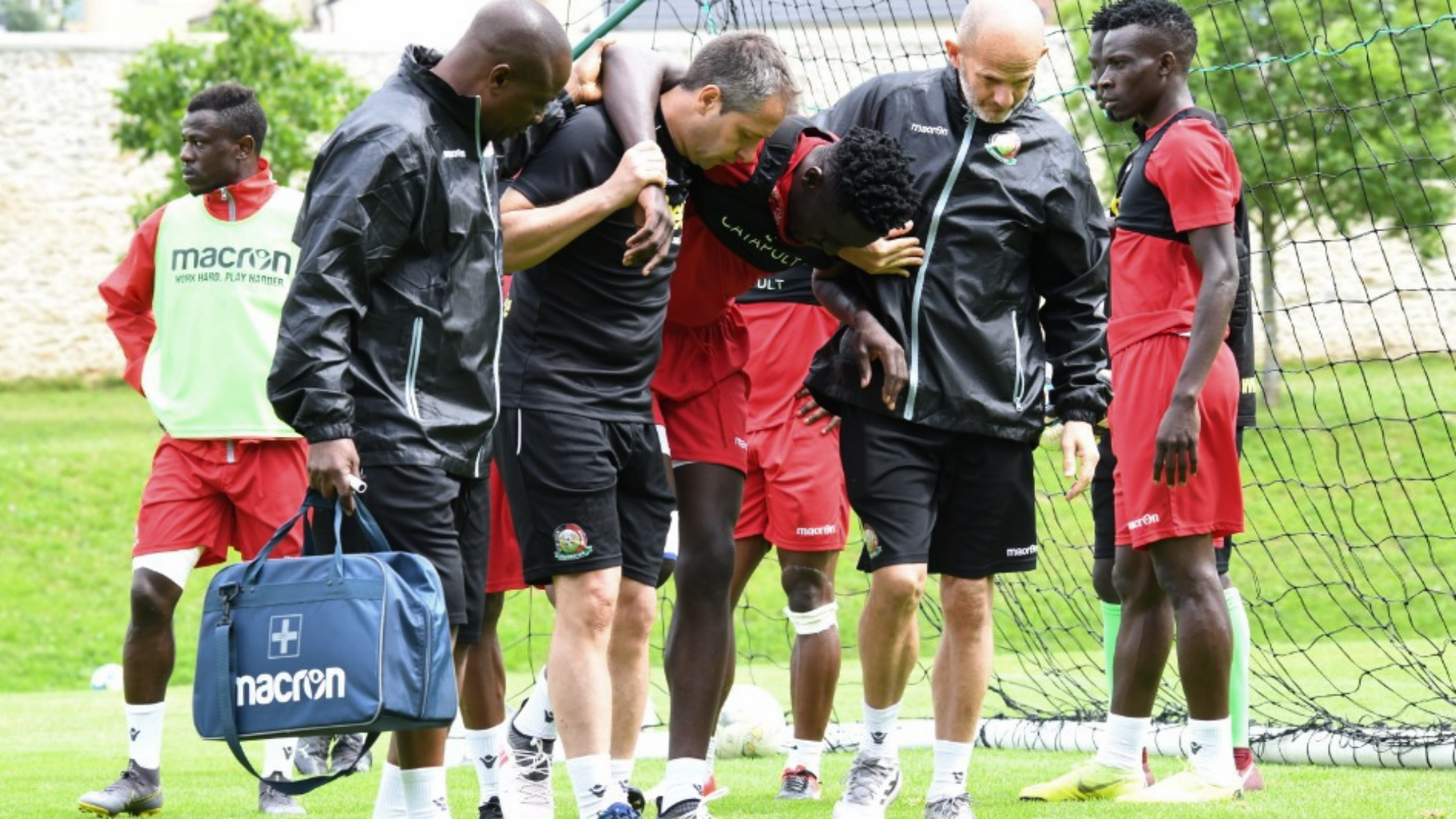 Harambee Stars kicked off their African Cup Of Nations Tournament with a 2-0 loss against the desert foxes from Algeria. In truth, the result was expected but the level of performance that Sebastian Migne’s boys put in was a little surprising. The team was simply outclassed in every department and was lucky to not lose with more goals.

Part of the reason why Stars were so passive against the North Africans was the lack of a few first teamers owning to injury. Gor Mahia defender Joash Onyango was injured hours before the match against Algeria looks set to miss Thursday’s must-win clash with Tanzania.

Onyango’s injury came after yet another starting center back, Brian Mandela, injured himself in training and was operated on his knee meaning that he has no chance of featuring in the tournament. Brian Mandela is undoubtedly Kenya’s best center back and his absence has deprived the team of a key component hence the disjointed performance against Algeria.

Furthermore, Musa Mohamed was clearly struggling with fitness in the Algeria match which left the inexperienced Joseph Okumu with too much to do. As if that was not enough, starting left back Aboud Omar endured a horror 90 minutes with sources close to the Harambee Stars camp in Egypt stating that he was carrying a knock from training.

On Monday, training pictures from the team showed Bernard Ochieng and Ovella Ochieng playing with their knees strapped, raising concerns of more injuries!

It is an issue that seems to cripple Harambee Stars preparations for matches and the results were witnessed in the disappointing performance in their Group C opener. Sebastian Migne must, however, find a way to navigate through this injury crisis before the East African derby clash with Tanzania. This is the only match that his team will not be forgiven for should they lose.