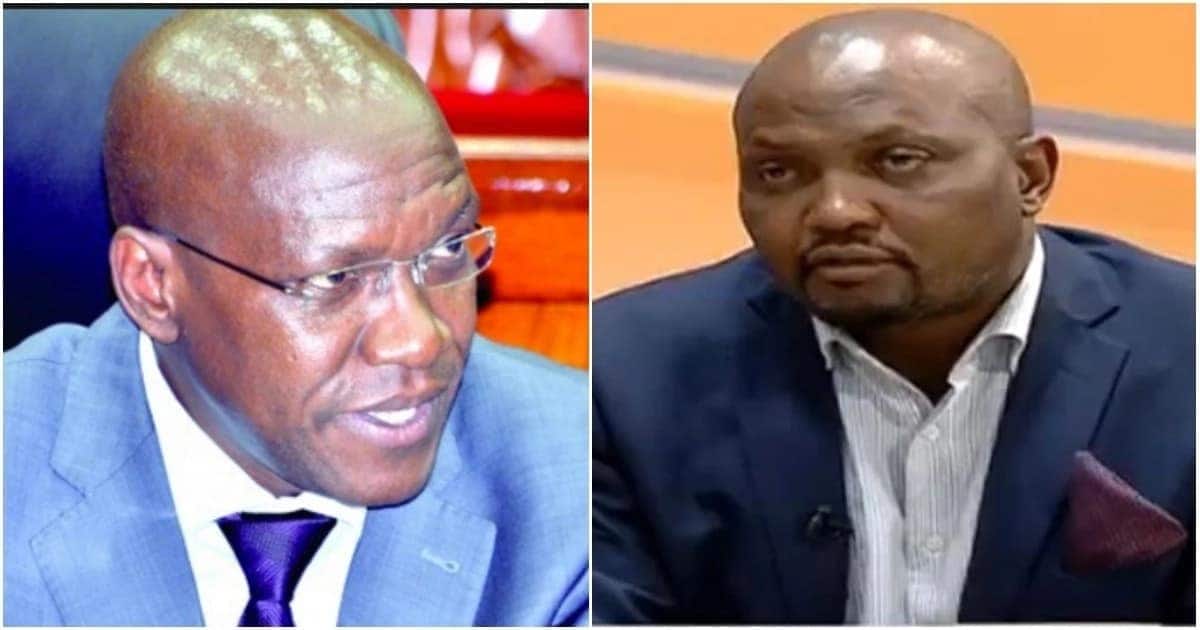 You can’t troll Moses Kuria and get away with it. Former Kakamega Senator Boni Khalwale on Tuesday found himself in trouble with the ‘venom spitting’ Kuria over a viral clip of the former during a rally in Ruiru.

It all started when Khalwale took on Twitter to post a clip of Moses Kuria where he was addressing the rally and the people in the crowd appeared to be booing the MP.

Captioning the clip he said, “Pole Moses Kuria, a translation has just been done for me. Stop crying like Sabina Chege. The people have spoken.” Khalwale was referring to a rally where Murang’a Woman Representative Sabina Chege was filmed crying in her backyard a week prior.

Pole @HonMoses_Kuria, a translation has just been done for me. Stop crying like @SABINACHEGE. The people have spoken.. pic.twitter.com/ROBDznSACc

In a quick rejoinder,  Kuria blasted the former Senator for the wrong translation of the clip advising him to change his Konange street girlfriends.

“You got your translation wrong. Change your Koinange Street girlfriends,” he chided.

You got your translation wrong. Change your Koinange Street girlfriends

In the clip, Kuria is heard addressing his audience when heckling starts after he sends greetings from the Kiambu woman representative Gathoni Wamuchomba and ODM leader Raila Odinga.

After the rally, Moses Kuria took note of the people’s reaction where he stated that there was a need to convince the people that the handshake was good for them.

“So Sunday was sad for me at the Ruiru Stadium concert. The people of my region sent me with a clear message. They do not want anything to do with the handshake.

“They fervently oppose it and are vehemently fighting it. We can not give up just yet. We have to work harder to convince them that the handshake is a good thing for our future,” he posted on Monday.

It is not the first time that the two have clashed in public. During a late-night interview at a local TV, an interview was almost cut short after Khalwale went for Kuria claiming that Kuria was drunk.

The discussion on the imminent high cost of living as a result of the 16 % levy on fuel and petroleum products turned into a battlefield when Khalwale hilariously claimed the station should have introduced a breathalyzer at the gate to bar drunk guests.

“I wish we placed an alcoblow at the door of this studio,”said Khalwale. It did not take long before the abrasive Kiambu politician roared back, with an equally acidic response.

“Before you started conducting abortions as a young doctor, I was already drinking,” Kuria responded.