Over one of Victoria Rubadiri’s ‘Girlfriends Confidential Talk’ came up the conversation on “acting like a lady” in the workplace.

There was the question of being authentic to oneself, yet it is almost an unwritten rule that the lady has to be the warm, smiley, happy colleague and is expected to show that side of the organization to clients.

Victoria went on further to give Chimamanda Ngozi’s (renowned author and feminist) example of Hilary Clinton. Chimamanda had cited former U.S. Secretary of State’s Twitter bio during her vie for the presidency.

Mrs Clinton first described herself as wife, mom, grandma and at the end came her career achievements. This is contrary to her husband’s bio that neither begins with nor includes his marital or family status at any point.

Although she since changed her bio, it illustrates how women, if they appear too stern or not-so-warm and smiley, are regarded as bitter, salty or something there about. Lest we forget that Michelle Obama was labelled the ‘Angry Black Woman’. 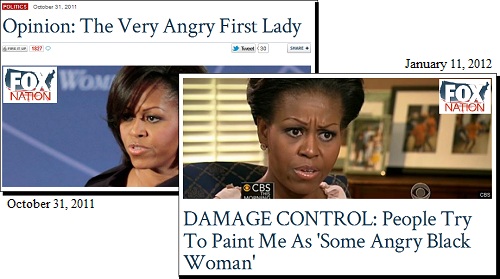 This is what Facebook COO, Sheryl Sandberg, through Lean In, her women empowerment organization calls the “Likability Penalty”.

Social misappropriations are aplenty, however, when used at the work place, it becomes something else.

The Girlfriends Confidential Talk this year was themed “Women at the Work Place”. So given the Likability Penalty, the woman’s input will no longer be based on merit, but on her jovial personality or lack of.

Still on the Obamas, Barrack Obama, during a state dinner speech in 2016 recalled Michelle’s dilemma that, “Even after achieving success in her own right, she still held doubts; she had to worry about whether she looked the right way or was acting the right way-whether she was being too assertive or too angry.” [extract from glamour.com]

So clearly, the society at large, has a lot of work to do. Not just the men, as Sheryl Sandberg cites, but women face pushback from both men and women for taking the lead and asserting themselves.

This spectacle at the work place is simply the modern day’s “Women belong in the kitchen”, except glorified. That it’s in the kitchen where the woman is resigned to, to make sure she does her magic and bring food to the table and make the men happy, while they are out there discussing “serious business”.

I couldn’t agree more with the former US President Obama that, “We need to keep changing the attitude that raises our girls to be demure and our boys to be assertive, that criticizes our daughters for speaking out and our sons for shedding a tear; the attitude that values being confident, competitive, and ambitious in the workplace. Unless you’re a woman.” [extract from glamour.com]