Kenyans from across the political divide have expressed their pleasure towards President Uhuru Kenyatta and a number of Rift Valley leaders who kept off political discussions in Eldoret on Friday when the President presided over the re-unveiling of Rivatex textile industry in the town.

After the function, most Kenyans took to social media sites to congratulate the leaders terming the move to avoid political sentiments as a way forward worth being emulated by all the leaders in the country.

Kapseret Member of parliament Oscar Sudi who had been doubted as a potential attacker of the President at the function left many wondering when he took to the stage and instead of castigating the President for ‘neglect’ chose to congratulate him on matters of developments in the county.

Sudi on many occasions left the President cracking his ribs with his humorous pieces of advice to Uhuru. Unlike his usual attacks on the head of state wanting him to re-assure his support for Ruto in 2022, Sudi on Friday did not utter any 2022 succession sentiments something that left many Kenyans praising the vocal legislator. 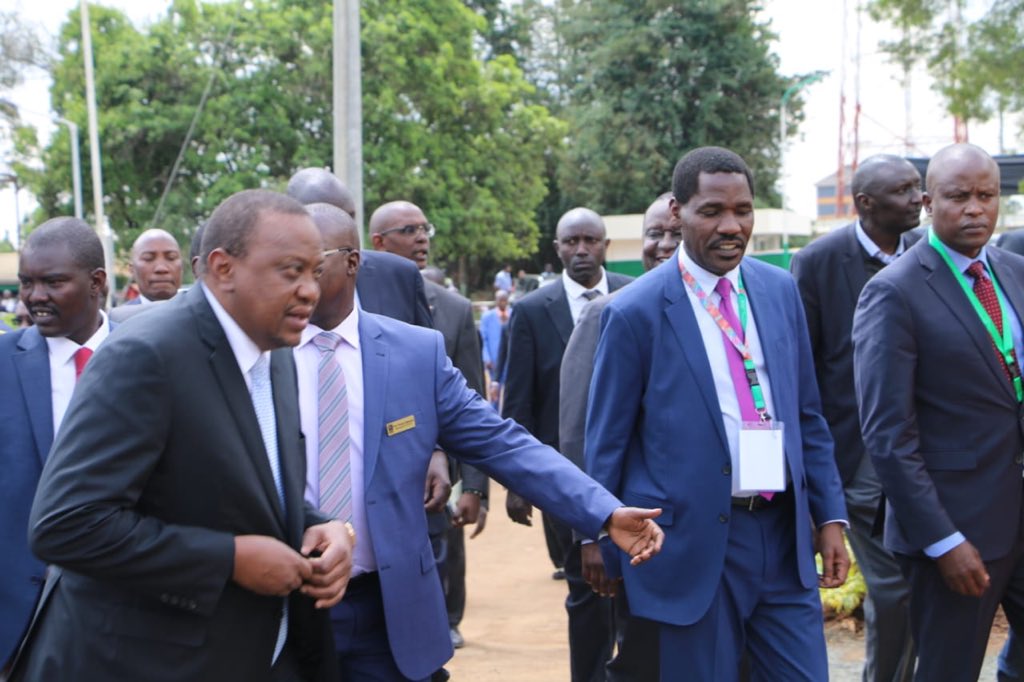 Uasin Gishu county governor Jackson Mandago also chose not to venture into 2022 politics but instead thanked the President for the numerous developments he had taken to the county and urged him to complete the ongoing ones in good time before 2022.

Mandago who was full of humour jokingly asked the President to offer the vocal MP Oscar Sudi tea at state house three times a day and all the noises that he usually makes will come to an end.

Deputy President William also avoided political talks and instead acknowledging the developments that had been initiated by Uhuru in the region. He thanked him and promised to help his boss fulfill his big 4 agendas in the country.

Kenyans online were, however, full of praises for the leaders asking the rest of the country to emulate them and bring to an end baseless 2022 succession politics.

Residents from opposition strongholds were also fast in castigating their leaders who recently in Kisumu were quoted asking President Kenyatta to name opposition chief Raila Odinga as his successor in 2022.

One user, Werah Maurice, observed that leaders should be asking for development projects for their people just like the Eldoret leaders instead of seeking for endorsements from the head of state.

Here are some of the reactions from a section of Online users;

“Staying clear off 2022 successionpolitics during today’s Rivatex function in Eldoret was a Credit Score for Ruto who has since remained loyal to his boss. It depicted maturity and a nice move to counter Kieleweke’s expectations” posted one user Gibbs Alexx

"The event at Rivatex is not political but a great development moment for the country." https://t.co/1Mhn7V31hK

together we stand to build the nation