With no European club football action until at least early August, most teams are still making moves in the transfer market in bids to improve their squads ahead of the new season. Some are also using this period to sell the players who are not in their plans moving ahead.

After finishing sixth in the Premier League and winning no trophies last season, Manchester United are in dire need of some fresh blood in the squad. The Red Devils are however having to contend with one of their best players leaving this Summer.

French midfielder Paul Pogba sparked rumors of an exit this summer after he told reports in Japan that he thinks this summer could be a good chance for him to move and experience something new after 3 years at Old Trafford. Real Madrid are the favorites to sign the World Cup winner having already signed Eden Hazard from Chelsea. 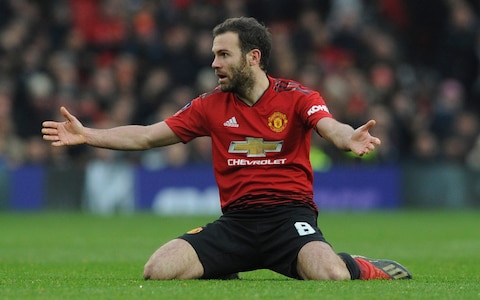 In more Manchester United transfer related news, Spanish midfielder Juan Mata is expected to sign a new deal this summer. Mata’s contract ends this summer. Manchester United have already signed Daniel James from Swansea in a 15 million Pounds deal. Belgian striker Romelu Lukaku is on the verge of switching Old Trafford for the San Siro where he will play for Antonio Conte’s Inter Milan. The deal is rumored to be around 70 million pounds and could be completed as early as this week.

Arsenal who finished 5th in the Premier League are yet to sign anyone this summer but sources claim that the Gunners are keen to sign Brazillian wunderkind Gabriel Martinelli. The 17-year-old winger is tipped to be the next big thing in Brazilian football and scored 6 goals and 3 assists last season.

The Europa League finalists are also on the verge of completing the transfer for French Starlet Claude-Maurice from FC Lorient. The Gunners also signed teenager Matteo Guedouzi from the same club last season and the midfielder turned out to be a revelation last season featuring in almost all Premier League fixtures. Goalkeeper David Ospina has been rumored to be moving out of the Emirates to join Italian side Napoli where he spent last season on loan. Carl Jenkinson is also tipped to join Scottish Champions Celtic after spending most of last season on the bench for Unai Emery’s side.

Chelsea is not expected to sign any players this summer due to a transfer ban inflicted on them. The Blues, however, waved goodbye to Italian manager Maurizio Sarri who joined Juventus. Chelsea record goalscorer and Derby County manager is the favorite to replace Sarri as Chelsea boss.

Manchester City are the favorites to sign highly-rated Atletico Madrid midfielder Rodri and are in talks with Juventus to sign left-back Joao Cancelo. Pep Guardiola’s side are however expected to lose German winger Leroy Sane who spent most of last season on the bench. Bayern Munich is interested in signing the former Schalke 04 player. Finally, Brazil star Neymar is understood to be fed up with life at Paris Saint Germain and is planning a move away from the French Champions. Neymar has been heavily linked with a move back to Barcelona whom he helped win the treble in 2015. Neymar was also the Champions League top scorer in 2015 and scored in the 3-1 win final win against Juventus.