While Gor Mahia ace and Harambee Stars defender Joash Onyango chose a vintage white beard as his look for the upcoming AFCON, Kenyans have found nothing but a joke out of it.

Usually, football players always find interest in approaching specific competitions with a unique style of look as they look forward to steering their side to glory.

For instance, In the 2002 World Cup, the Brazilian Ronaldo shocked many football fans with his unique wedge hair cut. However, Ronaldo explained the real reason behind his unique style, famously known as ‘Ronaldo’s hairstyle.’ 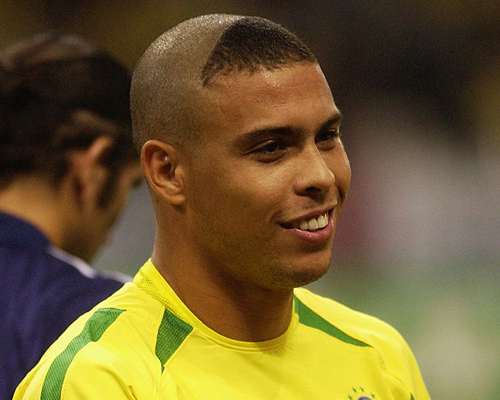 In an interview, Ronaldo stated that he wanted to confuse people who already knew he had an injury.

“I had an injury in my leg and everybody was talking about that.

“Everybody was talking about the hair and forgot about the injury. I could stay more calm and relaxed and focused on my training.

“I’m not proud about the hair itself because it was pretty strange. But it was a good way to change the subject.”

His style comes in a bad time as Onyango is one of the Harambee Stars players who Kenyans recently debated over their age. Fans really doubted their ages and ridiculed the Football Kenya Federation for selecting aged players over potential younger players.

He wants to scare Mané and Mahrez.

But he may intimidate many forwards with that mane his growing. He is certainly a lion at the back for us.

But for those who were doubting the Kenyan player with the vintage white beard, Gor Mahia have come out to confirm that the above player is their own who is on national duty and not a stranger.

We confirm that these pictures trending are nonother than our great central defender Joash Onyango who is on National duty. Do not confuse him with any other person when he is at the defense line for our National team – Harambee Stars during AFCON 2019 in Egypt… #Sirkal pic.twitter.com/RBVJUmCGKv

Like Ronaldo, perhaps Joash Onyango could be trying to change a certain subject, which Kenyan fans will only know later after the awaited AFCON competition.