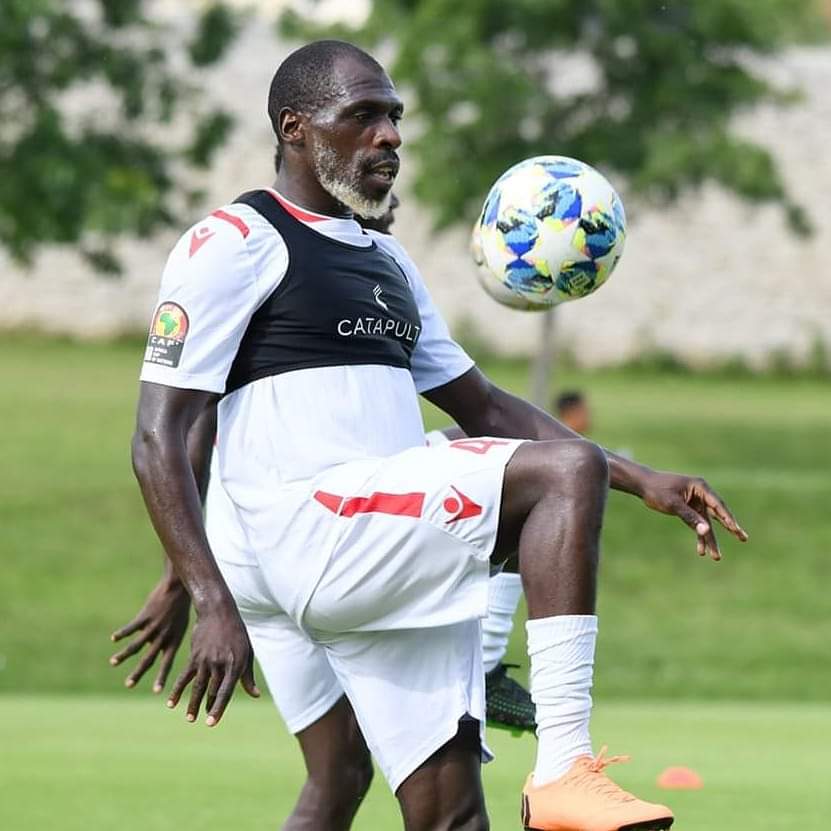 Pictures of Gor Mahia’s central defender has been trending after he opted for a vintage white beard as his look for the upcoming AFCON.

Besides football skills, a beard is one of the most recognisable things out on a football pitch but Kenyans have questioned the age of Joash Onyango after his beards portrayed a different image of him.

What could be the motivation behind his new look?

There is a rich history of weird and wonderful facial hair on footballers that has either left fans purring in admiration or left them wondering if the money has gone to their head.

It’s AFCON and it’s now all beards on the pitch.

Here is what Kenyans think of Joash Onyango’s AFCON Look.

Even before it starts, we already have a hairstyle contender for #Afcon2019.

We confirm that these pictures trending are nonother than our great central defender Joash Onyango who is on National duty. Do not confuse him with any other person when he is at the defense line for our National team – Harambee Stars during AFCON 2019 in Egypt… #Sirkal pic.twitter.com/RBVJUmCGKv

Joash Onyango whatever the case We believe in you and let’s bring KENYA GLORY!!! pic.twitter.com/0qHJmZRbyE

Kenya’s Joash Onyango has set tongues wagging with his hairstyle ahead of #AFCON2019.

But a look at why the AFCON is the best tournament when it comes to weird hair and fashion pic.twitter.com/nDtOwUz4aY

New 2019 AFCON look. Our top classy defender Joash Onyango is ready For the Action. All the best @harambee__stars @Football_Kenya pic.twitter.com/sNDeK4iR81

Set to be announced the best defender in Africa and with the best hairstyle “Joash Onyango” pic.twitter.com/4NklfluKKw