Homa Bay Member of Parliament Peter Kaluma has faced it rough with Kenyans after claiming that Kenyan MPs are the lowest paid in the world.

While speaking in an interview on Tuesday evening, Kaluma claimed that the controversial move by the Parliamentary Service Commission to allocate the 416 legislators Ksh250,000 each month as house allowances must be approved.

Peter Kaluma: According to me Kenyan MPs are the lowest paid in the world. #Sidebar @KenMijungu pic.twitter.com/57PEYuW1z0

He went ahead to compare Kenyan lawmakers’ salaries with that of the Indian August house.

“If we were unfair or vindictive as members of parliament we would have interfered with their (the SRC) salaries, he added,” he added.

Peter Kaluma: If we were unfair or vindictive as members of parliament we would have interfered with their (the SRC) salaries. #Sidebar @KenMijungu pic.twitter.com/7AjoqajYHm

Salaries and Remuneration Commission (SRC) had threatened to go to court to block the increment of salaries by the Members of Parliament maintaining that the move is illegal and that setting and reviewing packages for state officers is legally a reserve of the commission.

Reports have it that, each of the 416 MPs received Sh2.25 million on top of their monthly pay in April being the backdated amount for the contentious allowance. 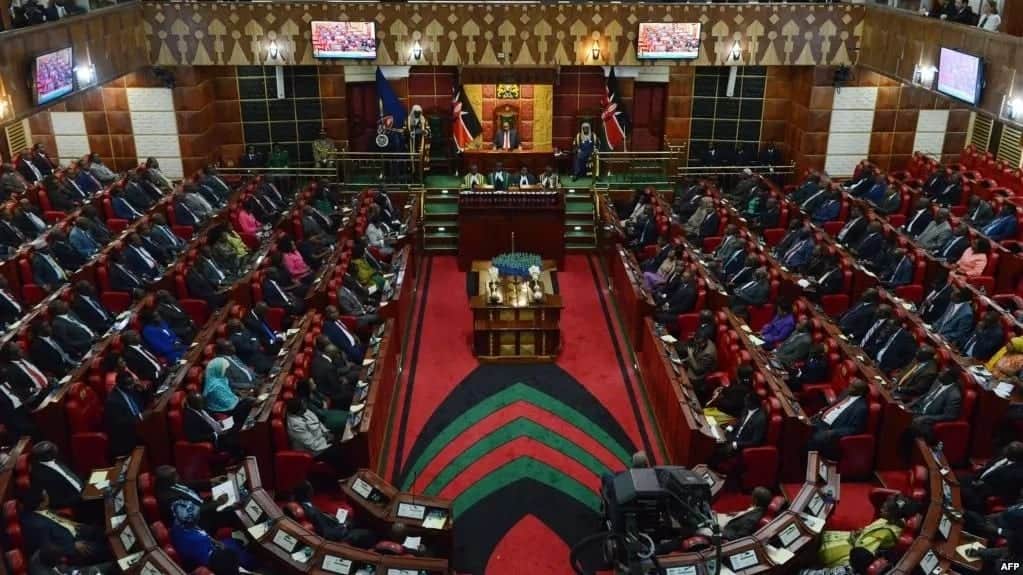 For the two houses, taxpayers will now be shouldering an extra burden of  Ksh 104 million every month to house the legislators who already have a subsidized mortgage scheme.

MPs are already entitled to Sh20 million mortgage charged at three per cent. SRC maintains the commission has overstepped its mandate.

Some Kenyans even went further to challenge the MP to post his payslip so that they can ascertain the claims.

I want Peter kaluma to post his payslip
We know he is paid a sum of 1.2M per month plus a 40M mortgage payable at 3% in five years and a car grant .. AND THEN THEY WANT A 25OK HOUSE ALLOWANCE?
Impunity 😤@ntakenya @srckenya

Here are the reactions;

Again the gazette with Mps salaries and benefits in online. Does Kaluma know that people can easily check and see the claims he is making? Here is what our MPs earn. pic.twitter.com/6a7njAwV65

With that basic salary, why would anyone spend 30milliin to campaign as told by nominated senator @MwauraIsaac1??

If they insisted that’s what they earn.why don’t we Kenyans now subject them to that pay.add 80000 sitting allowance. 150000 milage allowance.since they get a house so no allowance just cut house levy pia wao wasaidike na program ya wanainchi like the rest.

Guys, this was Peter Kaluma in Russia after spending a month there despite not being a footballer.

His comments today are nothing new https://t.co/ptHsrNe4Yo

Peter Kaluma is confused and think Kenyans are just fools.
Remember he refused to cater for his baby up-keep.he's now demanding for salary increments.What for?

Peter Kaluma blatantly uttered in-front of Cameras broadcasting to the whole world that Kenyan MPs are among the lowly paid in the world. Mama send me signal now. They are more than allogant now

Peter Kaluma is a clear definition of an entitled kenyanpithecus (whatever that means) – Ati kenyan mps are poorly paid . . .what???/ pic.twitter.com/mBngez1id2

Homa Bay town MP Peter Kaluma who has been in Russia since the beginning of the World Cup at the taxpayer's expense says he can't fly Economy because he represents the Kenyan government. In what capacity?
The NERVE, the AUDACITY, the ARROGANCE@JerotichSeii pic.twitter.com/4tccbIZaEH