African Cup of Nation is currently the talk of the day in the whole world and eyes are set towards it. Gor Mahia have not been left out of the excitement as they have expressed their hearty congratulation to their players who have made it to the final selection.

Arguably, AFCON is going to be the hottest contest of the year and especially for Kenya, it will be a once in a lifetime event.

For the first time after 15 years, Kenya will be making a debut to this tournament. For that reason, Kenyans are eagerly waiting to grace this wonderful moment.

As the Football Kenya Federation president Nick Mwendwa said, everything is ready and is positive that the players will deliver positive results.

"We have accorderd @harambee__stars the best preparations we could, and we are confident that they will deliver positive results," FKF President Nick Mwendwa https://t.co/szaYEJlxqo pic.twitter.com/AgjXk3KEyB

Four players have been omitted from an initial 27-man squad that is in camp in Paris, France, among them Christopher Mbamba, who has failed to recover from an ankle injury he picked up in his last match before checking into camp.

Brian Mandela also injured his knee in Monday morning’s training session and has been ruled out of the tournament, while Cliffton Miheso and Anthony Akumu have failed to make the cut. 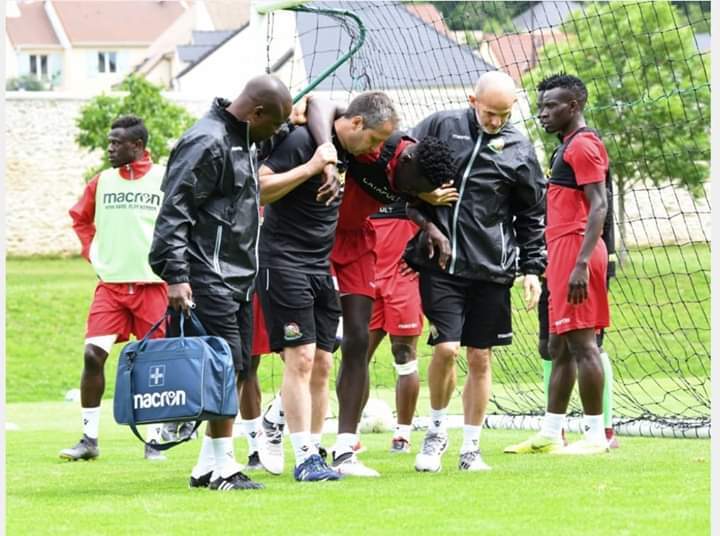 This is the final 23-man squad:

Upon noticing their three players Joash Onyango, Philemon Otieno and Francis Kahata, who were mentioned in the list, Gor went to their official Twitter page to hail the players for making it to the final.

We take this opportunity to congratulate our players Joash Onyango, Philemon Otieno and Francis Kahata for making it to the final @harambee_stars #Afcon2019 squad.
All the best lads. #Sirkal #Tunaweza pic.twitter.com/Lv0DOapeaU